I mean, you'd think I was fourteen years old, but he told me he loved me. And, thats a big deal.

In other, less sappy news, i've been getting rather annoyed at the old men volunteers I work with at Morris. It isn't that they are mean, and i know they like me and like to tease, but I'm getting really sick of them commenting on my weight. Like "oh yeah, there is Sarah, eating like usual."

Now I know that generally people only make fun of things like weight if they consider you so not overweight that its funny. And so I think in their minds they see me like that. And so I know i ought not to care. But i do. Especially since my weight has been tipping closer and closer to that threshold that i never want to touch. But how do they know that, i suppose?

However, unlike every normal female who is concerned about her weight, I don't renounce food like I should. Instead i get depressed, which just makes me eat more. And i'm not eating fresh fruit, its all doughnuts and pizza and deep fried fat, which then makes me feel fat and then i get more depressed and eat more.

its a terrible cycle.

I really just want to work out, except its already completely dark out by the time i get home. and i'm so so so tired.

I mean, work is getting to be a little blah, and i have no idea about the future at all. But sundays are my date days and i look so forward to them.

they are playing the Dodgers. its the top of the 8th and they are losing... it wouldn't be so strange except, you know, they are playing decent baseball which is all so different than the pirates i'm used to.

Which brings me to my reverie.

Mark came to visit yesterday. We had a photoshoot in John's house. With no heat. fun. It made me realize how much i still miss that life i left. And I was rusty at modeling, so that sucked, and i felt (and perhaps maybe was) a little too big to be doing that. I mean, it's true, i have been eating shit like doughnuts and not running at all. But it sucks to hear "watch your stomach" though it does motivate you to start eating better.

But that isn't the point. The point is we had our shoot at John's house (because i didn't have any location as it was literally freezing outside) and when he left us, Mark turned to me and said "so thats the reason you left everyone in Pittsburgh." probably, yes.

things have been really good lately. Like, REALLY good. Like, I met him after work on thursday to watch the Phillies game and then, of course, we stayed out till last call with everyone from his job and then we came home and had the rest of the steak that i made myself for dinner. And i was thinking we were just going to eat some steak and potatoes and go to bed, and we sit at the table, sharing a plate, and he just starts talking. About FEELINGS.

And of course he begins with 'I was thinking today and i realized something and i struggled all day with whether or not i should even tell you.' I was thinking A) he's in love with someone else or B) he got someone pregnant or C)he hates me and wants me to go away.

What happened was this: he started telling me that he likes me. *Really* likes me (and the fact that we were having an 8th grade relationship conversation didn't bother me at the time). And that he's fallen into "accidental monogamy" because although he knows he is allowed to tell me 'hey, girl X is in town this weekend, make yourself scarce' he doesn't want to. and he used all the right tricks. I believe he said 'why would i want to spend time with them when i already have perfect' which is SUCH a line, but i am a girl and it worked.

but you know, i didn't get all emotional until later, when i thought we were done. He turns and says, there is another thing too... but I don't know how to tell you. And then he simply says "my dad would have loved you" Fuck. i mean, fuck. how can you even respond to that? You don't. You just cry.

But they were very very happy tears.

first off: the good. I know you all hate him, and you're probably right, but i'm so fucking smitten with this boy its insane. INSANE. but let's be honest, i moved here. Because he was here. So I want to bask in the glow of hand holding and cuddling and having him kiss me on subway platforms while it lasts. which is to say, for the most part, he makes me happy.

also my job still kicks ass. Today we went to harrisburg and i got to landscape at the governor's mansion. thats really cool. I met Ed rendel. I played with his puppies. it was a good day.

Ugh, i don't even want to go anymore. I want to stay in philly and open my amazingly inventive urban farm. But i have no startup cash. Does anyone know where i can find enough money to buy and retrofit a vacant building to produce crops? I'll take donations. 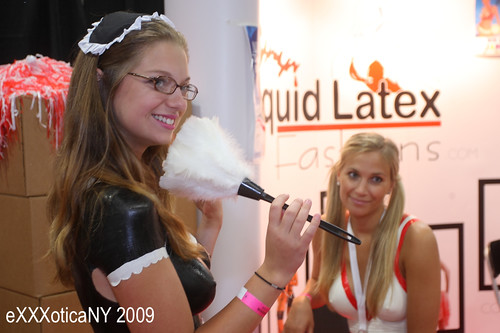 ok, so I might have done this this weekend...

i'm spending so much time running around and/or sleeping that I don't even know if I'm comfortable here or just so frenetic I'll never know i'm miserable.

its a good way to cope i guess.

I think i'm ok. I'm beginning to like it here.

so yeah. I think the issue here is that I'm still too scared to say "you're being a dick" because then I'm alone. Not alone in the emotional relationship sense but actually alone as in "shit i have no other friends in this city and will go crazy without him around because even being treated badly gives me something to do"

so the solution is to get more friends. Turns out I suck at that.

he sucks as a person sometimes

well, at the very least, i fell asleep with my arm across his stomach and he now has a case of poison ivy where i touched him.

of course i have it on my arm and it SUCKS

they are never good dreams. The scenes change, but the story goes that I'm getting forced into a marriage to the wrong man. The first one I remember was back from before I left Pittsburgh: I was being forced into marrying my uncle and I was all tears and sadness in my awful dress in an old stone cathedral. I remember I was horrified because he was already married and oh god, what would he do to a 2nd wife. I remember, too, that there was someone else. My subconscious screaming that, in fact, there is a man worth marrying, though it never bothered to tell me who.

there have been fleeting fragments since then: pieces of lace and hazelnut batter with strawberry creme filling, but nothing as vivid.

And then last night: I was in the islands, or at least somewhere rather warm as Tom and Cindy were there and lord knows they wouldn't go somewhere cold. And my parents and family and lots of people where all on vacation in this place because I was getting married. to Greg. Only I didn't want to be. And I remember sitting at his feet, begging him to let me go and to not make me go through with it. That I didn't want to be with him forever and that yes, there was someone else. And I was crying and so scared to go tell everyone that had come that there was going to be no wedding, so sorry, and I was so afraid of disappointing anyone that I was debating going through with it anyway, and just not ever being a wife.

To which I say, uh yeah. That already happened that way. so I have no idea what my subconscious is trying to tell me with that as its the past.

But I'm not sure what the wedding phobia dreams are all about. Except that I did just finish reading Pride and Prejudice and Zombies and should be in want of a husband.
Collapse