"Many people use abortion as a litmus test regarding voting in elections. As a lifelong Catholic, I have to be very careful.

If we elevate either Party to the status of Religion, we create an idol. And that's a violation of the First Commandment.

Secondly, the teaching of the Catholic Church is that Life is from Womb to Tomb. And that covers a lot of territory. Neither Party embraces the teaching of our Church completely. And neither does more than the other. We must be very careful about how we express these viewpoints.

As a Catholic, I truly believe that the Pope is the Vicar of Christ on Earth. Our current Pope is Francis. He has stated - on top of Statements issued by Pope John Paul II and Pope Benedict - that there are many intrinsic evils in the world. One is abortion. But others EQUAL to abortion include Racism and Bigotry, as well as Lying and the Death Penalty among many others. The current edition of the catechism states clearly that the Church must work to stop the Death Penalty.

It's tough. For me, personally, I do have to look at abortion. I'm adopted, so this is an important issue.

Several years ago, a former pastor directed me to some studies that show that when the Democrats are in power, abortions actually decrease. I didn't really believe them, but I watched the ongoing reports. The two major factors that create this are tied to funding. When funds are available to ensure that the pregnancy doesn't happen, and when funds are available to ensure that much needed Social Services are available after the baby is born, abortions drop dramatically. When Obama left office, abortions were at the lowest point since Roe v Wade.

However, this administration has either cut or completely slashed those funds. And the result is horrifying. Abortions are again on the rise.

Don't even worry about Planned Parenthood. No Federal money can be used for abortions or to even recommend any. And many States, including Texas, do not allow any State money to be used in that regard as well. And they are highly audited.

For me, Trump is a con artist. He was pro-choice months before the Republican Convention. Not one abortion has been stopped in the US by anything that he has done. And as I stated, the numbers are rising.

As I stated, the Church teaches that Pro-Life is Womb to Tomb. Look at everything else. When dealing with White National Extremists, there are not "good people on both sides." Racism and Bigotry are EQUAL to abortion. They are intrinsic evils.

Separating children from their parents legally seeking asylum at our border is not Pro-Life.

Using extreme measures against prisoners is not Pro-Life.

Reinstating the Death Penalty is not Pro-Life.

His constant lying to the public is an intrinsic evil.

In a few weeks, we'll hear from the Gospel of Matthew 25:31-46. Read it. Jesus is very direct in how we will be judged individually and as a nation.

You tell me when Trump fed the hungry? His policies have led to millions of school children without breakfast and lunch.

You tell me when he has welcomed the stranger, the immigrant? I'll show you Executive orders that rescind DACA and again cite the example of separating children from their parents legally seeking asylum at our border.

You tell me when he comforted the elderly and I will show you his 2021 budget proposal that slashes $1 trillion from Medicare. Check it out. It's a matter of record, not some crazy meme.

You tell me how he visited the sick and I'll play the recording where he states that he knew how bad COVID is, but lied to all of us about it, lies that resulted in an estimated 39,000-54,000 deaths because he acted slowly.

Don't mention judicial appointments. Nothing has changed. And if you know about law, and the history of abortion cases before the SCOTUS, there are several cases that must be overturned. And even then, it simply goes back to the States. At the time of Roe v Wade, 37 States allowed for abortion. 13 didn't, and 1 of those was in the process of allowing abortions.

The only way to truly end abortions is with a Constitutional Amendment. That requires two-thirds of each House and three-fourths of the States. No President is involved with the process.

And there's no political Will in Congress or the States to do anything. Why? Because both parties use it as a means to get people's vote.

And while the Democrats are pro-choice, their policy is to fund those programs. That will lead to the numbers once again decreasing. They support States that have euthanasia, and that's a problem. But on everything else? Nope. I'm an American citizen and I don't want my President cozying up to Putin or North Korea. I want NATO to remain strong. And I want a President who will demand answers about Russian interference in our elections, provide actual national leadership to protect our election system and question Putin regarding reports that he has paid for American soldiers to be killed.

So again, this isn't about some spiritual battle or the Catholic Church. There are those who would like us to think that. But this is about American democracy. As a Catholic, I have to remain informed. I have to pray. A lot! And then, I have to vote. And right now, my vote is to end this nightmare." John Halloran

When I was sick and losing my eye, I never thought 'why is God doing this to me?' I don't believe God puts us through tests. I think things happen. Good things. Bad things. Things of our own doing or of others, or of nature disasters, things we have no control over. God just sits back and observes how we act in all these situations. He doesn't bring them to us. 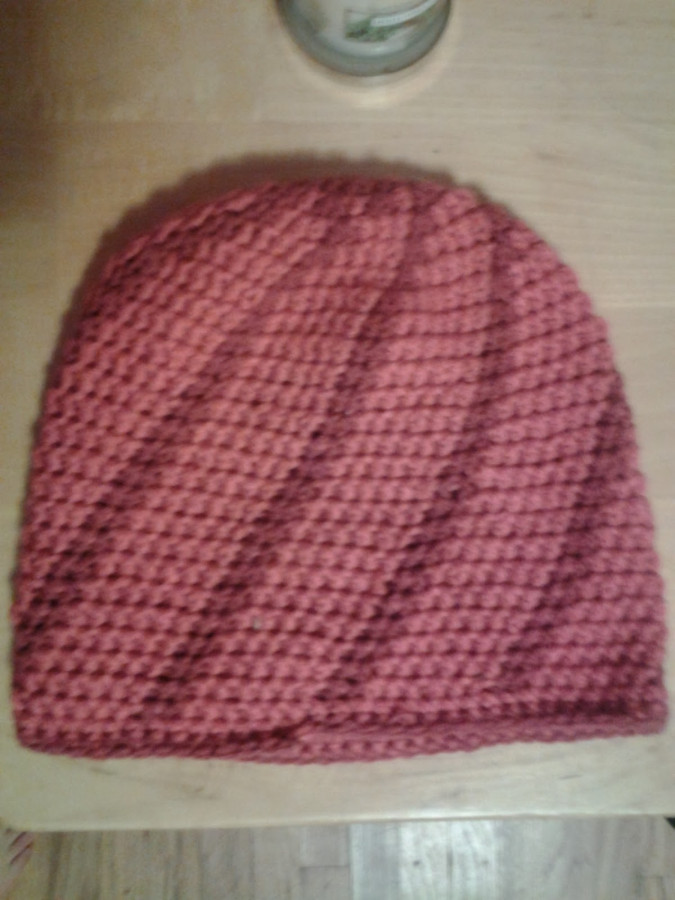 Rnd 7: *hdc in next st, YO, insert hook into same st and draw up a loop, YO using COLOR B and draw though all loops on

hook. Using COLOR B, hdc in each of the next 5 sts, YO, insert hook into next st and draw up a loop, YO using COLOR A and draw though all loops on hook. Repeat from * around.

Rnd 21: Using COLOR B, sc in next st and each st around. Fasten off and weave in ends.

I've lost  quite a bit of weight in the last 3 months, which yes, is fast but I'm not starving myself, doing crazy strenuous workouts or doing other damage to my system with pills or fad diets or dangerous weight loss behavior. I've been drinking lots of water, and using MyFitnessPal.com to keep track of what I eat, drink and do. It keeps me accountable. It's a FREE,  very user friendly, and convenient site that I can use on my phone when I'm on the go or having my snack break at work. Usually what I do is input what I plan to have for dinner and my portions first thing in the morning and then I know how many calories I have to spend in any way I want the rest of the day. After (or as) I eat a meal/snack I input each food & portion. If I decide I really want something extra, I will go back and edit my portion size(s) on my dinner for the night. Or like yesterday, I knew I was going to a breakfast playdate with lots of pastries and yummy things. I ate everything there but only half a portion or a bite, still came out to over 700 calories! It was a late playdate so I skipped lunch and planned to have a smaller portion or lite fare dinner and had healthier snacks.  I usually estimate portions and if I can't find the the item's nutritional info in the system I find something similar or estimate. Even if I'm off by a few calories (or even 100 calories), it's better to be over or under by those 100 calories for the day than not paying attention to what I eat and then find I've had 2500 calories for the day!  Also, when it's right there in your face that a muffin is 420 calories (!!), I think, 'hmm, maybe only a 1/3 of this, not an entire giant muffin (which is really just cake, I mean come on!)'. Also a good trick is to drink a whole glass of water (not ice cold, I find I can't drink that all at once) right before you eat your meal, fills you up a little so you eat less.

And I'm not really working out. I jump on the trampoline sometimes but it's waaaay too hot lately. We go for family bike rides every other Sunday, but only about 5-6 mi round trip with lunch in between and slow paced because we have Jonas on his little bike. This week I decided to do simple at home strength training to tighten everything up. Sets of front, side and back lunges, various arm lifts with 3lbs weights, various leg lifts and sets of crunches. So now I'm not blocked but you're still not following me and are still following my husband...? #Twitter

Sticking your foot in it and then proceeding to stick your foot into your mouth always leaves a bitter aftertaste.

My Roller Disco Birthday Bash was freaking awesome! We went to the Spurs game for FREE on Friday and had a great time and they won. Woot! And Saturday I had a Pajama Party with a bunch of moms with was so much fun. As you can see I'm still fat and fabulous. Sadly I lost my mustache :( Turned into a sad day. Our female dachshund Aurra Sing has passed on. Rest in peace sweet dog. Simple Pleasure of the Day: Sitting outside under the tree in a sundress reading 'The Neverending Story' aloud to Jonas as he plays with the water hose.
Collapse