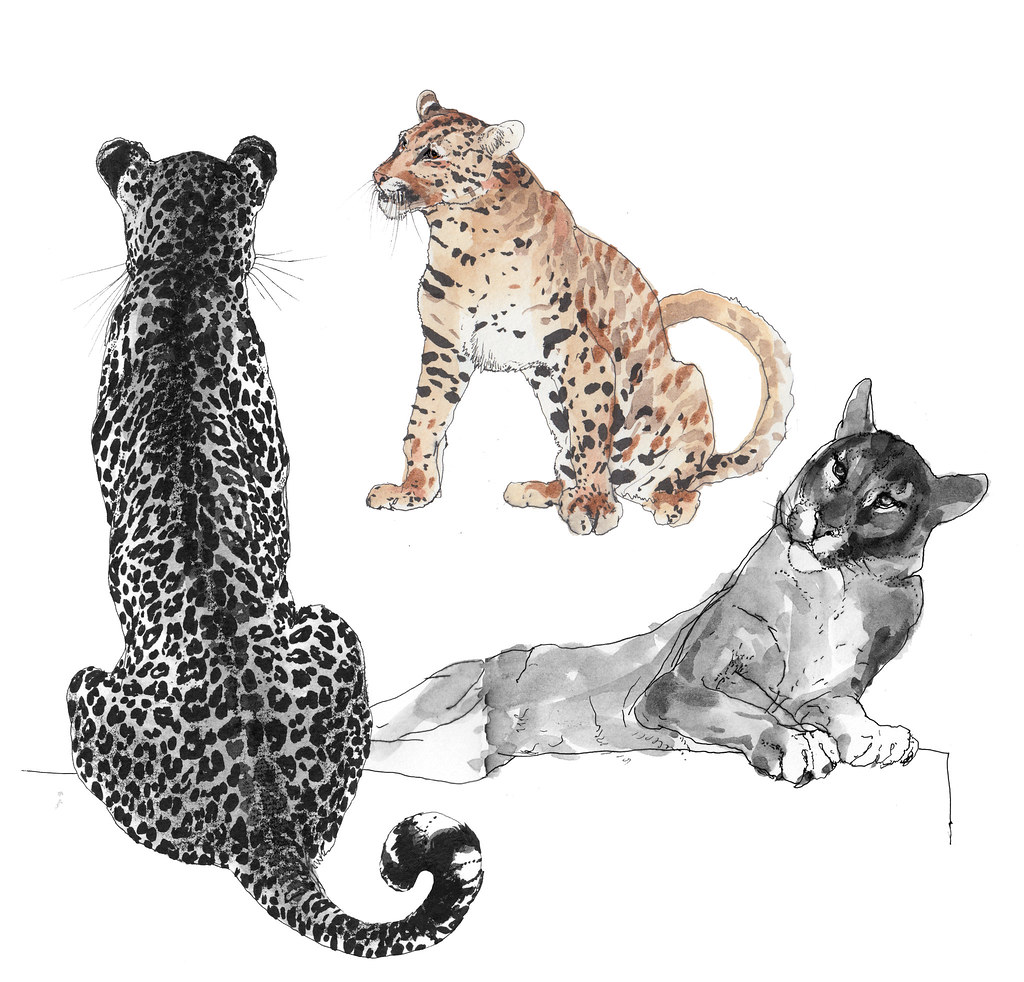 pumapard is quite a small cat - most of the hybrids who made it to adulthood were half the size of their parents.

the earliest reports of these tiny cats are from 1890-1900's, both in Europe and America. most of the hybrids were produced naturally, and there's one report of a cub born after successful artificial insemination.

several scientists saw it as a fairly surprising thing to happen as puma is only distantly related to leopard, unlike more known pairing of lion-tiger, lion-leopard and lion-jaguar, the ability of these cats to hybridize proves them sharing more traits then it was thought before.