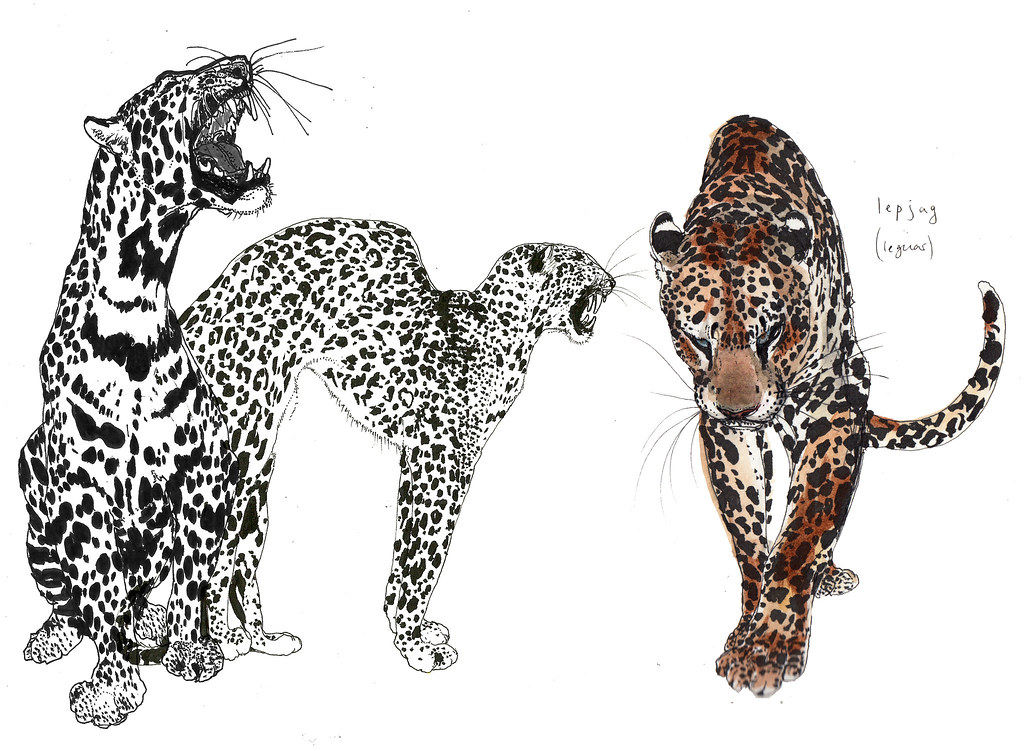 reports exist from early 1900-s till recent of both male jaguar+female leopard and reverse adult hybrids. natural hybrids of this sort won't occur as the two species are found in different parts of the world.

for instance, Long Island Ocelot Club researched hybrids fertility and they had quite a few cubs born. in USA leguars are even kept as pets! current leguars are animal actors that has been retired. magicians Siegfried and Roy had a pair of lepjags in their shows in the 90's, creating an illusion of Roy and one cat being blasted of a cannon to the other side of the stage. apparently hybrids are more manageable then pure-blood parents, also bigger in size, which makes them perfect actors.

leguars are bigger then leopards, and cubs of 9 months are considerably stronger then both leopards or jaguars of same age. the front part of the animal looks like a jaguar in leopard skin, the tail is of a leopard too, sleek and long. the background color varies from dark grey to sandy, the rosettes are even and a mixture of leopard features (stripes on the neck, singular spots on the head) and jaguar-like rosettes on the side of the body.