Listen to this song from the OST:


Now listen to this song from Doctor Who OST:


IS THIS THE SAME SONG OR IS IT JUST ME? Well, very similar.

Summer is winding down, ten days until starting up at a new school. I am wasting the days away with endless video gaming.

The past couple months I've played Mass Effect 2 and 3, and kind of fell madly in love. Now I must pick up the first, once I have a few bucks to spare. (I remember not liking it much at first, but eh).

So now I'm on ME2 on the INSANITY MODE. And I see why it's called Insanity, because it drives you insane. It's not too bad though.

I recommend using Miranda for both Warp and Overload, incredibly valuable for breaking down armor on enemies. (Joy, every enemy has armor).

My game over count has got to be in the hundreds by now.

Collector missions have been among the hardest, by far. Horizon and the Collector Vessel are the ones I've done so far. THE COLLECTOR VESSEL. UGH. I was gripping that controller and sitting in one spot for like three hours, and I think the vast majority of my game overs came from that stupidass mission. BUT I FINISHED IT THANK GOD. After finishing, I was just like *BREATHES* ITS OVER. Praetorians. *shudders*

My third party member has been varying, usually Grunt, Garrus, Mordin, or Jack. Jack has great incapacitating abilities, very useful at times...Grunt is the tank.

I'm a soldier class, but I kind of wish I had gone with Sentinel. Wouldn't have to use Miranda so much that way.

I'm pretty much doing EVERY SIDE MISSION. Because I'm a masochist.

Who should I direct my romantic interests?

So I decided to change my major to psychology, and now's the best time because I haven't started yet. I was going to go with sociology, and I love sociology don't get me wrong. But when I was talking to my professor at my last college about it, he seemed like he really really wanted me to go into soc and I'm not real sure why? It just didn't seem like he was pushing it "for the general good of the sociology discipline as a whole," because I felt like he was pushing it for his own interests...as in, "Yeah, I got someone to pursue a career in soc because I'm that good of a teacher, IN YOUR FACE DOUBTING PEOPLE!" And I don't mind feeling prideful as a professor in feeling like your work has made a difference for your students, but it didn't feel like it was for my interests. It's confusing.

The reason I am pretty annoyed with him is for the most part because he offered to write letters of recommendation on my behalf to the colleges I was applying, and then he never did. He said he sent them too. Then he said to email him over the summer for help on college transfer stuff, and he can't even reply to any emails.

When I did mention I was interested in psychology, he steered me away from it. "YOU GOTTA DO SOC! YOU CAN DO PSYCH IN GRAD SCHOOL JUST DO SOC!" So I'm like okay...and then I felt...slightly traitorous because I considered majoring in other things (I also had a strong interest in physics) but in my applications I chose sociology, it's dumb but I did feel like I would be letting him down if I didn't...

But then he can't even help me out like he offered, so it's stupid of me to even feel like I owe him anything. It's stupid to feel that in the first place (even if he did pull through) because in the end, it is my life, my money, my decisions, and my eventual career at stake and there's no reason I should feel like I owe it to anyone what they want me to do.

Therefore I chose psychology because it's such an insanely rational choice for me for a number of reasons. It works extremely well with my personal strengths.

1) I've been fascinated with psychology for as long as I can remember, and as a teen I sometimes for fun would research all sorts of crap about it. It seems like I can randomly state all kinds of facts about it. This was for fun, you guys.

2) I had a few fuck-around years at community college because my parents were paying and I had no particular direction, so I took as many psych courses as I could. BECAUSE I COULD. Thanks to my fuck-around years, I now have a TON of transfer credits going towards a BA that I'm actually almost done...before I've started.

3) My intuition about people's inner world is scary good at times. Not to boast, but I'm very observant and curious when watching people's interactions with each other. I feel like I can see the hidden communication...if that makes sense? Body language, tones of voice, feelings towards each other, tensions...a lot of that crap just comes so naturally to me. It is definitely a good skill to harvest.

There are other reasons. I can detach professionally, I can keep from getting over-involved while still being helpful. Also I have a morbid fascination and my threshold for squick is extremely high. So tell me all your horrible deep dirty secrets.

I'm starting to feel like I'm at a job interview, but self-positivity is always good, right? Woo. Really though, I feel good about this direction I'm taking now, much better than I did about soc. I actually want to minor in soc or criminal justice. Thoughts? (If any).

I mean I sound like a damn old lady, but they are so addictive! WHY!

I'm not exactly talking about the outrageous ones like Springer and Maury (which to my surprise, are STILL ON), I'm talking about goddamn Dr. Phil, Wendy Williams, Dr. Oz, and then like Judge Judy, People's Court, Divorce Court, Paternity Court. I'm addicted to TMZ and Dish Nation. Someone send help.

IN MY DEFENSE. These shows are usually just on for background noise OKAY? When in need of mindless distraction I suppose.

I sometimes have Bethenny Frankl's awful show on. Oh man. I just have to change the channel sometimes...the men she has on for discussion panels are just the douchiest douches that ever douched. "HAR HAR WIMMINZ JUST DONT UNDERSTAND THAT I WANNA ONE NIGHT STAND I MEAN ALL THEY WAN' DO IS CUDDLE MAN! GROSS!" random female audience member: "AW MAN I WAN' JUS' FUCK NONE OF DAT CUDDLIN' SHIT!" douchey dude: "MY DREAM WOMAN HAR HAR!"

Meanwhile, I have contracted a case of trainwreck syndrome and I'm watching like this:

Egads. There is literally not a single fic on there I've read yet. I am ashamed of my speed-reading skillz.

We will be closing voting on September 1st, 2014, giving you about a month and a half to vote.

No idea how some people find so much time to read fic. I'm literally just getting caught up on the "classics" right now. I just finished both of

ivyblossom's claims to fame (The Quiet Man was GORGEOUS, possibly one of my top 5 Sherlock fics) and right now I'm reading Electric Pink Hand Grenade. Which is very good but a little uncomfortable (as a frequent headache sufferer, the descriptions of the worst migraine you can imagine makes me cringe in sympathy and my head starts to hurt a little, lol). I can't remember what else I need to be caught up on. My bookmarks list is unhelpful because there are some on there I haven't even read yet. 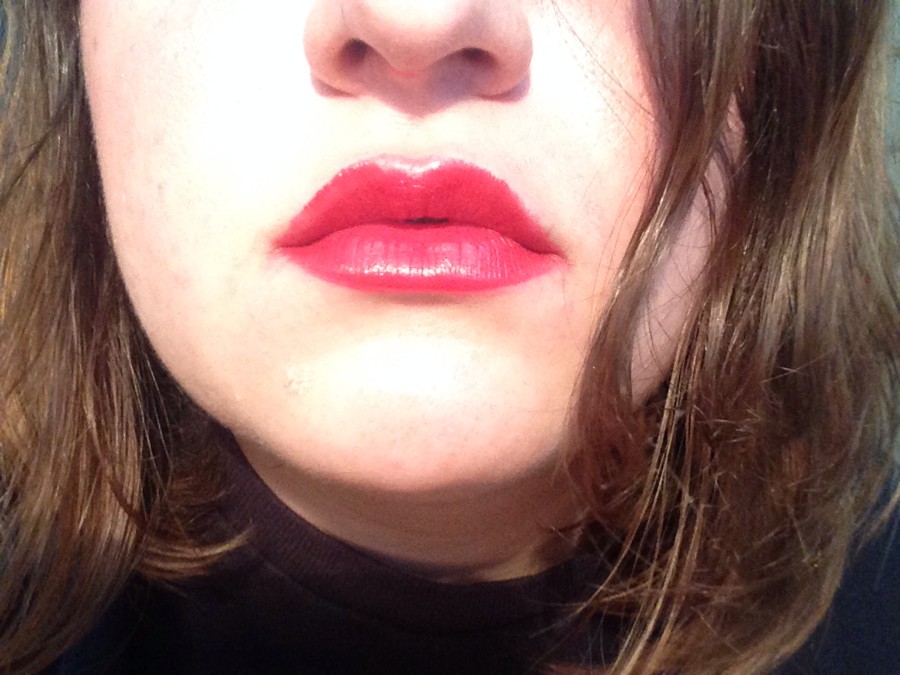 Obligatory selfie. I've been flip floppy about whether I should wear more red lipstick. It seems to look super nice on me because of the pouty shape to my mouth, but I'm AFRAID. What am I afraid of? Who knows, people getting opinions about it. Maybe a good thing?

Overthinking it. I am pretty, I give no shits.

I've finally started up Mass Effect 2. I'm always behind the times on video games so yes I do realize it released 2010. No shits given.

I'm a huge sucker for these massive scale single-player RPGs, especially the old school Japanese imports back on the PS1. Definitely a modern take on that, with some interesting twists thrown in. I'm super into this trend from the recent generation video games of "choose your own adventure" where you have two or three choices in some situations and each one affects the story accordingly. 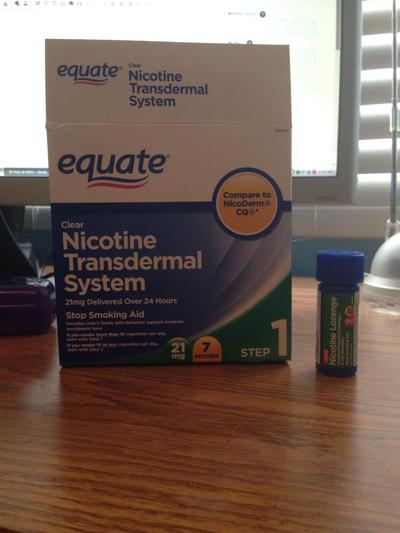 Doing this. Little bit stressed, but must be done.

Thinking I should print that list from a couple days and post it up somewhere in my room.

I'm putting together my resume, right? I wish I could say "good at writing" because I friggin' am from making some goddamn insightful posts on various LJ communities but I'm afraid they'd want to see them. I don't know what I would say to that. Here's my livejournal...it's a lot of rants and swears and intentionally bad grammar BUT I TOTALLY KNOW HOW TO USE GRAMMAR YOU GUYS and obsessions with fictional gay couples and and and...stuff.

I need to get professionalz you guys. I should blog.

Because I'm insightful goddammit! Just tends to get focused on fandom way too much. "Here take a look at my blog but ignore this post and that post..." Would be a terrible idea.
Collapse