DEN HAAG, 2009
That was a good tip to make Delft and Rotterdam with one train ticket.
So, we started with the Hague, the town with a pearl earring.
“When Lois Bonaparte came here in 1806”, – Mike, our couchsurfing guide, told, –
he was trying to speak Dutch.
He announced: ‘I am your rabbit’ instead of: ‘I am your king’.
This is why we call him the Holland rabbit”.

But the only thing that really worried me was the World Court,
this Disney Park for my nation,
its Discoveryland of a pre-trial hearing,
Frontierland of an accusatory speech,
Adventureland of an oral argument,
Fantasyland of the last plea
and, as a cherry on top,
Magic Parade of final sentences.

“I wonder, where they’re going to keep Lukašenka, – I asked dreamily.
“I’m afraid, there is no chance they would keep Lukašenka here”, – Mike said. –
“Only four people disappeared in Belarus.
Besides, as far as I know, they are going to find not guilty even Milošević”.

“What are you waiting for?” – I cried. –
More dead?
More kidnapped?
How much our blood would be enough to break your news?”

Mike was gone, but I couldn’t stop:
“The only thing we ask you for: please, don’t hug the murderer!
GIVE HIM THE HAGUE!”

“You should be nicer”, – Oxana from Ukraine said. –
“They wouldn’t listen to someone of us who is so nervous”. 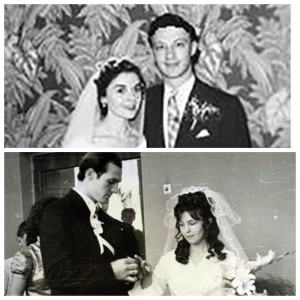 What stuck me most was the fact he hadn’t divided canalizations.
Thus, somewhere underground the family was united.
Their waters and wastes had been gathered together,
they had been spitting their toothpaste unto one place for 24 years.
And I couldn’t stop thinking about his wife, Rosemarie.
They say, she didn’t hear anything because of concrete.
But was she ever concerned about the situation?
Was her concern deep, grave or at least utmost?
I know I sound misogynic: she herself was a victim.
When he decided to create better family, he made the bunker.
His explanation was a new war with commies: bizarre but acceptable.
When the bunker was finished, he put there his beloved daughter
to protect her of sex drugs rock-n-roll of the upper world,
to make her life stable and prosperous.
And he rested from all his work which he had made.
Today, when everything is over, the family is truly united
except of the mad father and the dead baby.
As for the crime scene, the people were gone;
the house was sold; the basement was demolished; the names were changed.
But there was one thing they couldn’t bury: the metaphor.
Belarus is Europe’s Amstetten today.
Why don’t you hear, Rosemarie?

(This is my #Eurotrip2020. Try to guess my next destination).
Collapse