Today I have a guest blogger, the fabulous Morgan Keyes, talking about her new book (aimed at younger teens) Darkbeast. I've been a fan of hers for years: she writes with wit and charm and tremendous pace. And this new book is fabulous.
There's also a giveaway, for US readers only, sadly (due to postal problems). Anyway, over to Morgan. 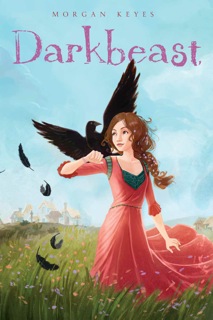 Many thanks to Kari, for allowing me to visit and tell you about my middle grade fantasy novel, Darkbeast. Due to the generosity of my publisher, Simon & Schuster, I will give away a copy of Darkbeast to one commenter chosen at random from all the comments made to this post by 11:59 p.m. EDT tonight.

In Darkbeast, twelve-year-old Keara runs away from home rather than sacrifice Caw, the raven darkbeast that she has been magically bound to all her life. Pursued by Inquisitors who would punish her for heresy, Keara joins a performing troupe of Travelers and tries to find a safe haven for herself and her companion.

In preparing to write Darkbeast, I realized that some animals have all the fun. I mean, just look at The Grass King's Concubine – those ferret women have instant charisma. In Kari's own words, they are "short and sharp and, sadly, very smelly, all teeth and noses and curiosity." Like Keara's companion, Caw, the ferret creatures draw our attention from the first moment we meet them.

But what about animals with less charisma? What about snakes? And spiders? And lizards? And toads?

Sure, there are some people who can't get enough of amphibians and arthropods and reptiles. But a whole lot of people – a whole lot of readers – are frightened by certain animals. Some might even say they are repulsed.

So what is a conscientious author to do?

Right off the bat, I decided that I couldn't cater to people's animal fears. If snakes aren't your thing, well, I'm sorry, but Slither is an important supporting character on Keara's journey. (If you're truly phobic, I'm especially sorry, but you probably have a lot more severe problems avoiding the beasts than merely reading a middle grade fantasy novel.)

Next, I decided to help my readers along a bit, to ease them over their animal-dislike humps. I gave them characters to read about who change their attitudes about uncharismatic animals. Now, if I gave you specific examples, I'd be spoiling the story, but suffice to say that Keara herself starts off hating snakes. If a twelve-year-old girl can overcome her aversion, a lot of adult readers can also.

Finally, I reminded readers that these aren't just ordinary animals. These are darkbeasts. They are magical creatures, with the ability to bond with humans, the capacity to absorb evil deeds and take away negative emotions. Darkbeasts can guide a child along twisting paths between right and wrong, helping that child to become a mature, responsible adult.

And the darkbeasts know, the entire time they're doing their job, that they are doomed. They will be sacrificed when their human turns twelve years old. Nevertheless, the darkbeasts serve, bound by tradition, bound by religion.

That selflessness, that dedication actually makes me feel quite sympathetic to the darkbeasts. What are a few extra legs, or a slimy skin, or a few warts in the face of such commitment?

You can discover your own darkbeast by taking this personality quiz:

What darkbeast did you get? And what animal would you choose if you had all the animal kingdom as an option?

Morgan can be found online at:

Darkbeast is for sale in bricks-and-mortar and online bookstores, including: Amazon | B & N | Indiebound

Morgan Keyes grew up in California, Texas, Georgia, and Minnesota, accompanied by parents, a brother, a dog, and a cat. Also, there were books. Lots and lots of books. Morgan now lives near Washington, D.C. In between trips to the Natural History Museum and the National Gallery of Art, she reads, travels, reads, writes, reads, cooks, reads, wrestles with cats, and reads. Because there are still books. Lots and lots of books. 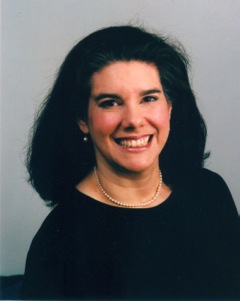