Last night's episode of Supernatural was something about awesome!
I'm totally Dean girl, but we need to agree: Sammy has the thing when is doing love. oh my...

Also, I was sure since Ruby was introduced to the series that they would be ending in a bed. I was right, and wasn't bad to see at all. To me, that loves the villains and all not normal things, was hoping about this. Sammy = HOT.

Anna is a great character, I really liked her. Dean liked her, too. So sad she will be probably killed. :(
That powerfull demon is awesome! What's his name, Alaister or something? He's probably most powerfull than Lillith, since the bitch ran and he didn't. Didn't ran, beat the boys, and the knife had no power against him. And omg, he got the pretty knife. No knife, no Colt, just pretty smiles. This isn't helping, boys.

Ruby is a lucky bitch. But, it still a bitch. I don't buy her "I'm just here to help". I'm still thinking she's just here to make sure that YED plans won't fail.

And Castiel isn't an angel, he's a god. He was only one, two minutes on screen and totally got me, again.

This will be at my list of favorite episodes of all times!
Really. Awesome! Just watched it twice and could be watch it more.

You can take it, you can use it. Thank you is nice. Don't direct link. Don't claim it's your own. If you use in your website, a link back to http://almost-unreal.com is mandatory. Enjoy!

Is back! I've missed you, Winchester brothers.

You can take it. You can use it. If you plan to use in your own site, a link back is required. Thank you is fine. Distribute as your own, no, no. Direct link my pictures and you'll die;

I find some free time to make captures from this episode. 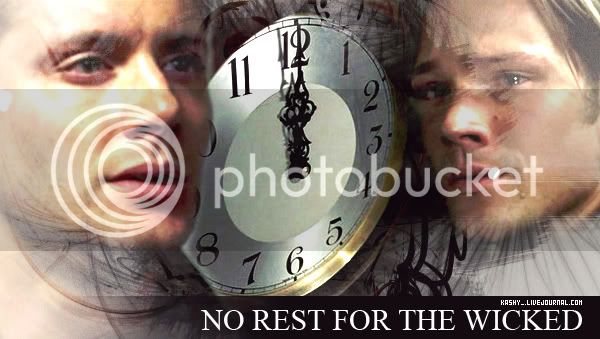 Okay, I'm a Bon Jovi fan, and I'm a Dean girl. So, I'm dead. Will be back soon, can't talk nothing about this episode right now.