everyone quit. sam didn't make it past his first 1/2 lb of pasta. scott managed to down 1/2 lb. i don't think adam even got to his. mind you, this was the pasta for *lunch*, they still had to down a few ham sandwiches and THEN do yet another lb of pasta for dinner.

so everyone gave up. sam said he'd probably be able to do more if he was able to work out while doing this instead of sittingat his desk. makes sense.

sam is hitting the gym immediately after work. heh.

such a disappointing ending.

this is batty, EOWWW, reporting.

By proxy of the comittee,

" In this time of technological advances, we must pose ethical questions about substances that can alter the way the eating games are played. As such, the sanctioning body of the official Eating Olympics World Wide (A PSC corporation) has declared that M&M intake does _NOT_ count as calorie intake towards the 12,000 KCal goal of the day. As such any intake of substances prior to or after the ruling will be stricken from the records." 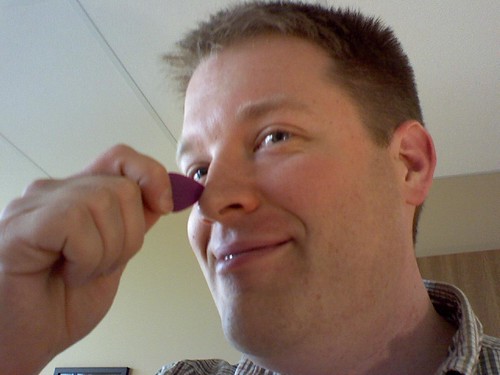 meanwhile, IT jay is picking his nose.
--
via batphone 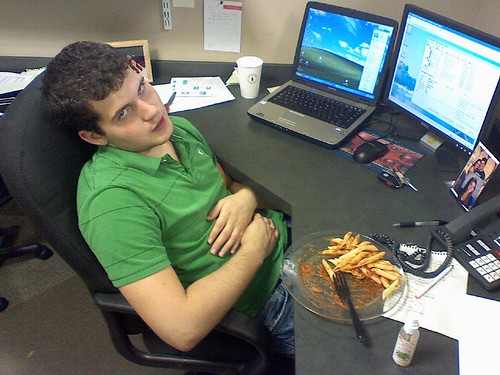 scott is having issues.
in other events, we havee learned that adam was trying to substitute those m & ms for his pasta. the judges are out on the decision.
--
via batphone 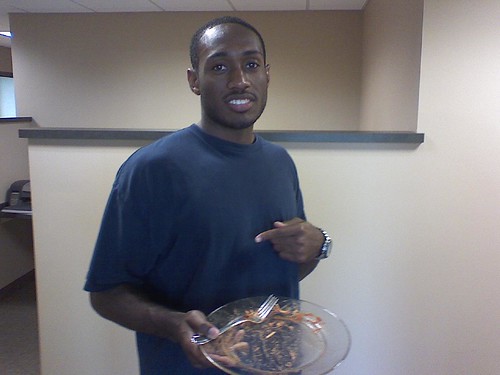 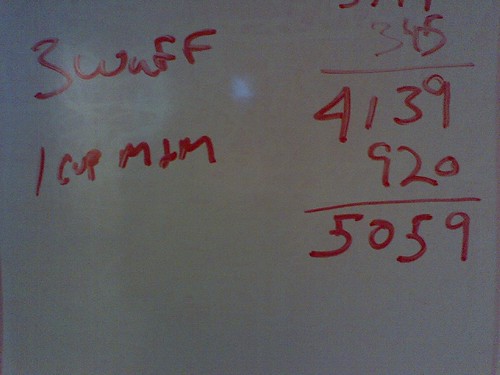 trufax: 1 cup peanut butter m&ms= 920 calories. adam is currently in the lead, but sam hasnt marked down his pasta yet.
--
via batphone 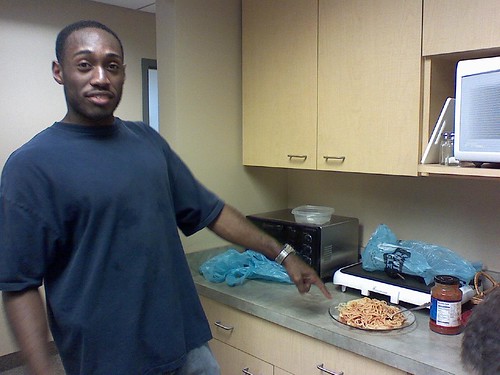 sam is about to throw down.
--
via batphone 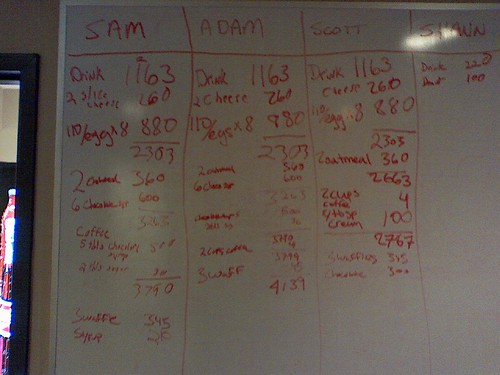 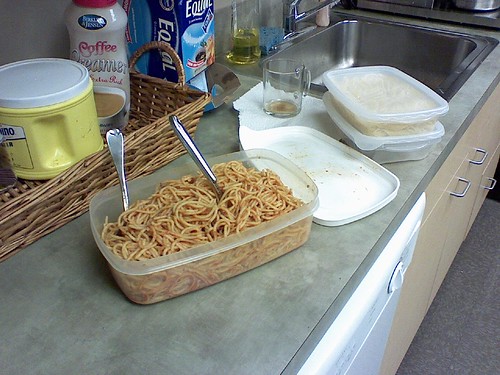 lunch requirement: 1 lb. pasta. adam has already tackled some but hasnt even made a dent
--
via batphone

it has been advised that people stay away from participants' offices due to the excessive amount of gas being produced.
Collapse