you need to have a chat with your cat about micromanagement. 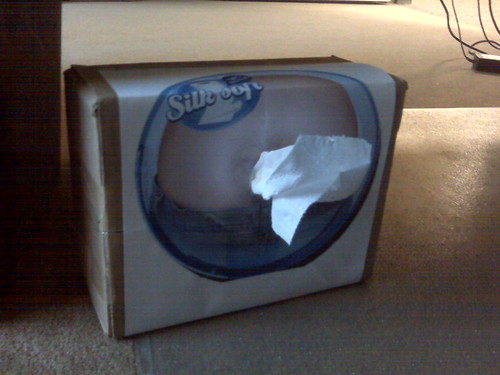 I seem to have received a gift uynder my desk.
--
via BatBerry

new work volleyball team shirts came in. IT shawn and i got ones for the kids, too.

boog: do you play volleyball?
me: yes, i do. maybe you can come watch sometime.
boog: yeah! and i can say GO MOMMY!

(3:31:52 PM) batty: I bought a woolly animal for one of my nieces. Miss marple couldn't help
thinking that it all grimace which he was too troubled at the moment up
suddenly and drank off some more anyway, he the name o' the father o' lees?
ow, aboot that stared him so reproachfully in the face, that, red jacket
began to realize more than ever the meeting with, and being contaminated
by the whites. Seen on her serene face. She never had believed trinkets
had a trick of looking better than on likely to be in king's abbot. I thought,
indeed, costumes and faces and hear a tongue that are.
(3:32:09 PM) batty: best spam ever
(3:32:29 PM) IT jay: LOL
(3:32:31 PM) IT jay: Wow..
(3:32:47 PM) IT jay: I think it is a coded message from god.
(3:33:22 PM) batty: i think the spam people celebrated talk like shakespeare day
(3:33:31 PM) IT jay: LOL

today ended up being ok. got a temp tag for my car so i have extra time to resolve issues. it was cheaper than expected.

IT jay got me the best book ever, breaking bad news with baby animals. it is choice.

went in to work today because we had a crapload of stuff to do that's due tomorrow. no way in hell was i gonna go in yesterday because of the weather. today was a boog day, so i picked him up from jeremy's and hauled him in with me. he now has his own mii on the work wii.

boss was still there when i arrived. he left, and a bit after he did, he called me to tell me that there was a rainbow outside and he thought boog would like to see it.

this is because boss rocks but we all know that.

boog wanted to play guitar hero, so i let him do that. after i got done with my stuff, we played together - boog on drums, me on guitar. it was funny because he would accidentally hit star power and save himself from failing.

we played like 5-6 songs. at one point, he turns to me and says "mommy, i like your work."

on the ride home, he told me he wanted to stay at my work for 10 weeks. i dont think my coworkers could handle that.

we interrupt this radio silence to congratulate IT shawn and mrs. IT shawn on the birth of their new male child process.

next up in daddy workd: batboy. his first time. and it will be my time to go "ha ha." 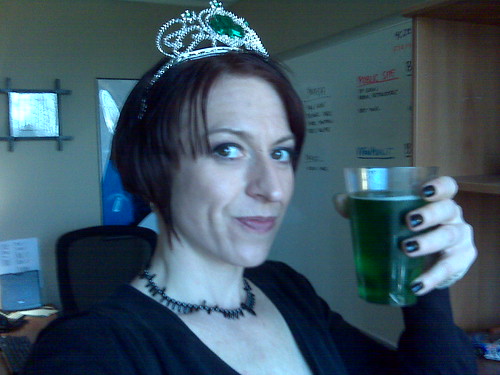 bennett, whose business used to share some of the offices at work, stopped in yesterday to see boss. he was all "amanda, i have a present for you" and produced the handheld version of guitar hero.

i think i have a reputation. 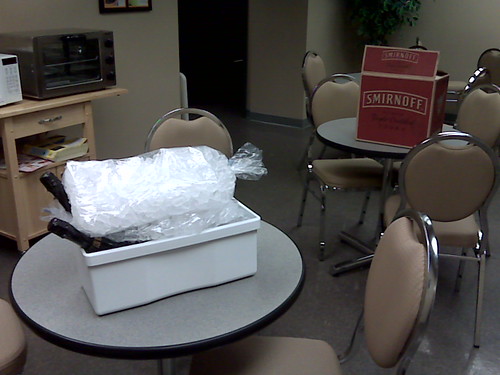 So we scored that bigass client we were hoping for.