I'm writing a Fanfic and I thought I'd post it here, even though no one ever really reads this journal. Not that I usually have anything to read in it. Anyway, I'm working on it as fast a s I can, but I've never written one before and I keep revising it. It doesn't have a name yet, and it's in chapters (that are also not named yet) Please comment if you read, even if you hated it. I need the imput so I can make it better.

“You ever been here before?” Sheppard directed his question to both Teyla and Ronon. They’d just arrived on a lush, foresty planet. He was looking around to see if he could spot anything that even resembled a trail or signs of civilization. He saw neither.

“No. I do not recognize this planet.” Teyla replied, also scanning the immediate area for any signs of life.

“Okay,” Sheppard said, “Rodney, Teyla and Carson, you go that way,” Sheppard announced, pointing to his right. “Ronon, you’re with me.”

He and Ronon walked off to the left, both trying to take point.

“Well, at least there aren’t any bugs, although this heat is horrible. Not to mention the abundant amount of trees.” Mckay stated, ducking as they approached yet another low branch. Teyla smiled and Beckett let out a little chuckle.

“Is there any place where ya don’t have somethin’ to complain about Rodney?” Beckett inquired.

“As a matter of fact there is, thank you. This lake near my house-”

Teyla put her hand up, signaling them to stop walking. The two men, being scientist, didn’t pay attention to the signal and almost ran into her before they realized she’d stopped.

“Shhhh!” Teyla hissed. She’d heard a noise that sounded like someone moving through the forest. She scanned the area, looking through the trees. After a few moments she stopped searching and started walking again. “It must have been some type of animal” She determined. “Though I do not see anything. We should continue on with caution.”

They walked along in silence for a couple of minuets, until Sheppard’s voice came over the radio. Mckay and Beckett jumped.

“Found anything interesting yet? A village? Any signs of life?”

“No villages, and we haven’t seen anything yet, but Teyla heard a noise that she thinks was an animal.” Mckay informed Sheppard.

“Are you sure it was an animal?” he asked sounding concerned.

“No. I said she thinks it was an animal.” Mckay said into his radio, adding to Teyla and Beckett, “He doesn’t listen very well does he?” Still pushing the button down on his radio so that Sheppard could hear.

“I wasn’t talking to you Rodney.” Sheppard said shortly, “Teyla. Have you heard or seen anything since then?”

“Well, let me know if you do. I don’t want anyone gett’n hurt on this trip, it makes the debriefings longer.”

Teyla smiled and responded “I will Colonel.”

Five minuets later they approached a clearing. On the opposite side of which was what appeared to be a path.

“What’s the point of putting the path in the middle of the forest?” Mckay sniped to no one in particular, as he walked over to it.

“Dr. Mckay, you should be careful. This could be a trap.” Teyla warned.

Mckay was in the middle of saying “how could this possibly be a trap” when he stepped on the path and the ground under his feet started to glow. Within five seconds the entire thing was engulfed in a bright white light as far as they could see.

“Rodney! What the bloody hell did ye do?” Beckett yelled.

“Nothing. I just....stepped and then the...the ground lit up. I didn’t do anything!”

“Teyla, what’s up?” Sheppard’s voice came over the radio.

Teyla continued. “Accidently activated some sort of...” She stopped. Trying to think of a word to describe the light as.

“Beacon- for lack of a better term.” Mckay finished for her.

“We came to a path, I stepped on it and it started to light up with a blinding white light. Seriously blinding, I’m still seeing spots!-”

“Rodney!” Beckett cut in before Mckay could go off on a tangent. “Get on with it.”

“Right. Where was I? Oh yes. Anyway, it’s not doing anything though. It’s just lit up.”

“Weren’t you suppose to be looking out for strange energy readings and what not?”

“I was, thank you. The equipment’s not showing there’s anything abnormal.”

“No. It must have some kind of a...I don’t know, something that makes it undetectable. The thing is, I don’t see anything that even remotely resembles a device that would be a power source for this. Or any signs of technology at all. Although there could be some kind of natural source for this light, like some type of mineral mixed with the dirt, or some kind of chemical, but that doesn’t explain it lighting up only when my foot touched it. I think if we looked around a bit more I may be able to find something.”

“It could be dangerous. Like you said, it might be some kind of beacon alerting the people who made that glowing path to your position. They might be heading your way armed and ready to kill you at this very moment.”

“Colonel, if someone were going to attack us, they would’ve by now.”

“He is right Colonel. But I do believe we should be cautious.” Teyla added.

“I agree. Alright, check it out. But BE CAREFUL! I still don’t think someone made a path that’s lights up when it’s walked on so that they’d have time to throw out the welcome mat and fix the snacks. Check back with me In fifteen even if you don’t find anything. Sheppard out.”

The three of them began to walk towards the path, Teyla keeping an eye out for any signs of an ambush. They’d walked less than five yards along the glowing white road when they heard what sounded like a battle cry. The two men drew their weapons and started looking around frantically.

They heard the “swosh” of an arrow being shot and then the cling of stone hitting metal. Teyla jumped back as her P90 was shot out of her hand.

“Take cover!” She yelled, simultaneously drawing her sidearm and running for the tree line. Mckay and Beckett followed her example and headed for the trees.

As Mckay turned his back to Beckett, heading for the forest, he heard another “swosh” of an arrow and then a yell from behind him. He turned just in time to see Beckett fall to the ground.

I love my new background!! My sister made it for me earlier this morning. I may actually have to start writing in this journal since it looks so nice now. :) 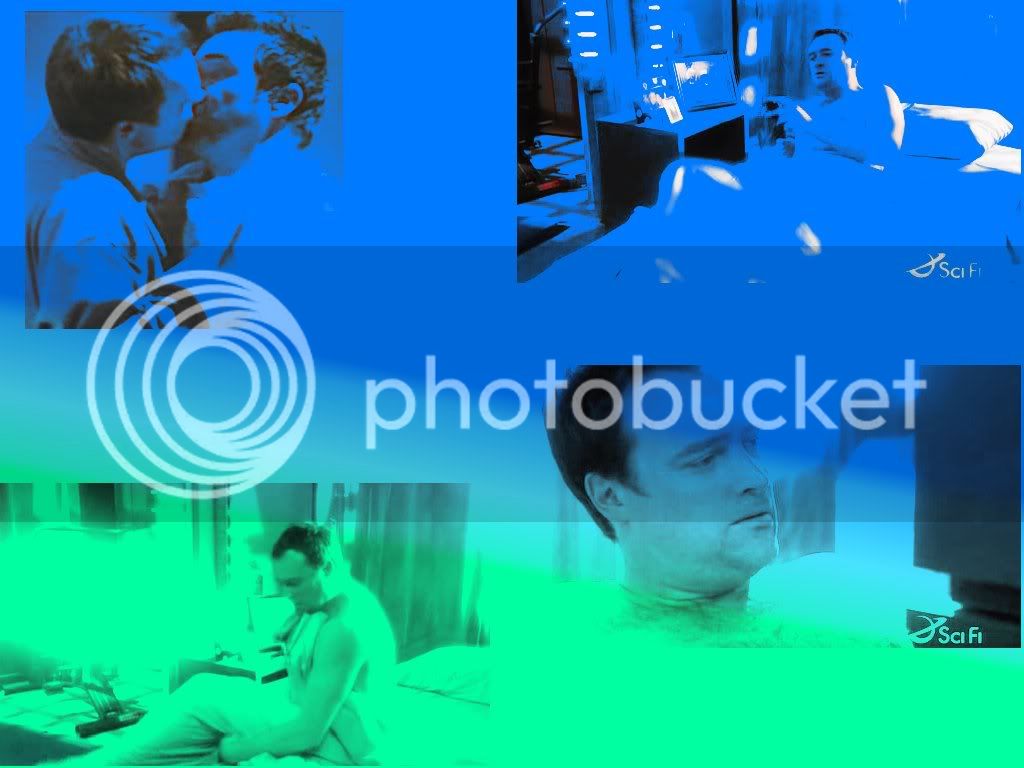 I'm watching Napolian Dynomite. I hate the movie but I'm so addicted to it. Espeically quoting it. This movie is so flipping retarded!

Right now I'm watching Will & Grace, sitting at the computer, with Obbie (my kitten) eating my food. I really should go to sleep, but I'm not that tired. I think I should log off the computer, I've been on for a while and I need to get some rest. So, nighty-night.
What a fun life I lead huh?

This is my first entry in this journal. I really have nothing to write about though. So, I guess I'll write later.
Collapse