I found this article nestled in the pages of Neil Gaiman’s weblog. It’s from The Times (that’s UK, kids, not NY) and anyone interested in adapting comics to film or Gaiman’s recent oevrrrre, Mirrormask might enjoy reading it:
It’s not always who draws wins

As a teaser, this little quip from Alan Moore, eccentric literary genius:
“Before that I naively thought that you could have the films of my work on the one hand, and my actual work on the other, and for them both to exist but have nothing to do with each other. But I realised then that there was nothing to stop people making damaging claims, like I was getting ideas from American movie writers. I was cross-examined on a video-link for ten hours. Ten hours! “Besides, The League of Extraordinary Gentlemen was, by all accounts, a piece of s*** that cost $100 million, which is probably the budget of an emergent Third World nation. You are beginning to cross ethical lines there.”

hmm.hmmm. Nothing can explain this, really. Just a slow day at work and Missy’s toothpaste… 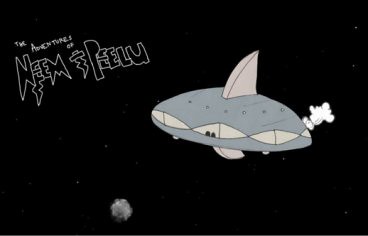 
Also available in this series:

Don’t you miss misogyny and generally hilarious writing? Ah, alas, comics are not what they used to be.

These great panels are from Golden Age Batman courtesy of this month’s Wizard: