Tristan Manco - Graphic Designer and partner of Tijuana Design in Bristol.
Author of "Stencil Graffiti" and "Street Logos" and editor of "Graffiti World". 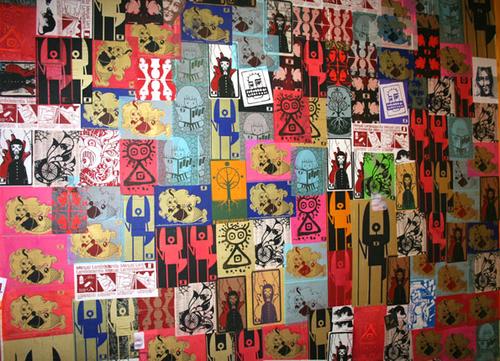 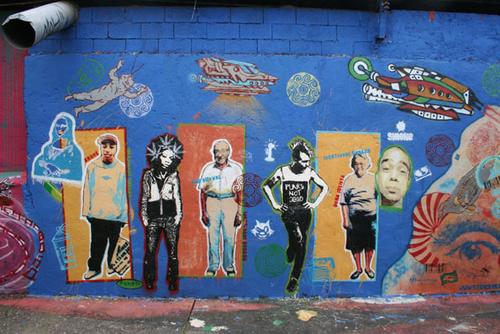 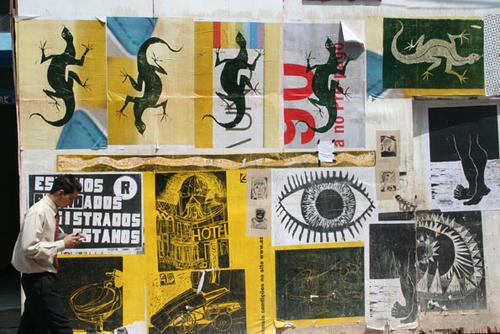 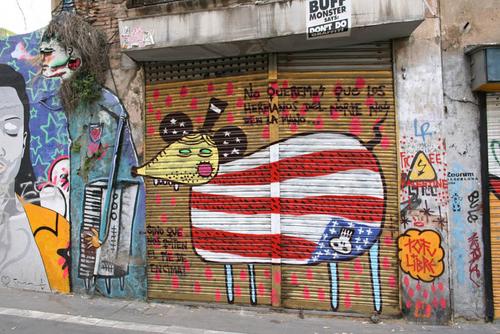 oddwall  -  an outstanding collection of murals and other work.

Os Gemeos - Os Gemeos means "the twins" in Portuguese and is pronouced "Ose Zhe'-mee-ose." These two prolific writers have caused quite a sensation since they were featured in 12 Ounce Prophet in 1999, but they've been doing their thing in São Paulo Brazil for quite a while, as some of you lucky enough to see photos from there already know. 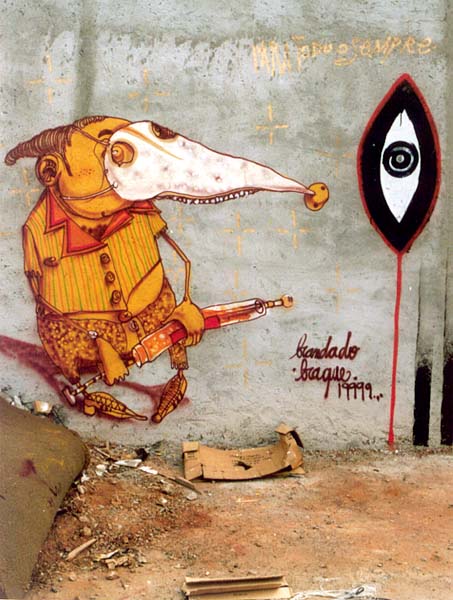 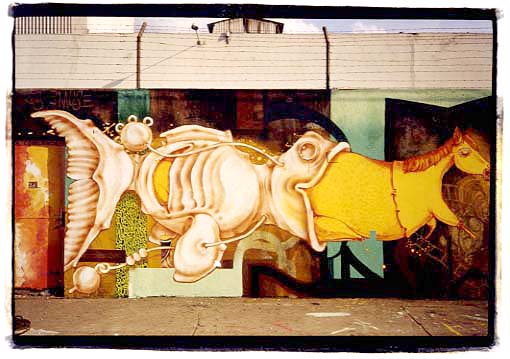 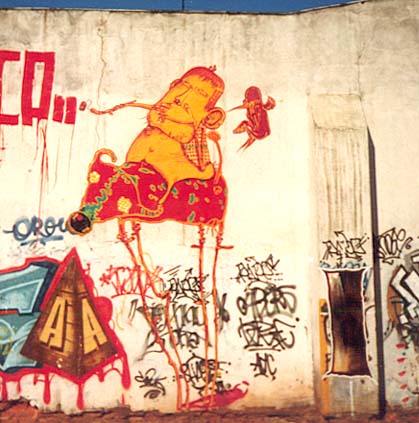 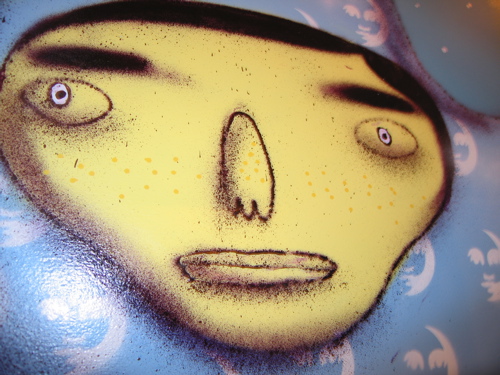 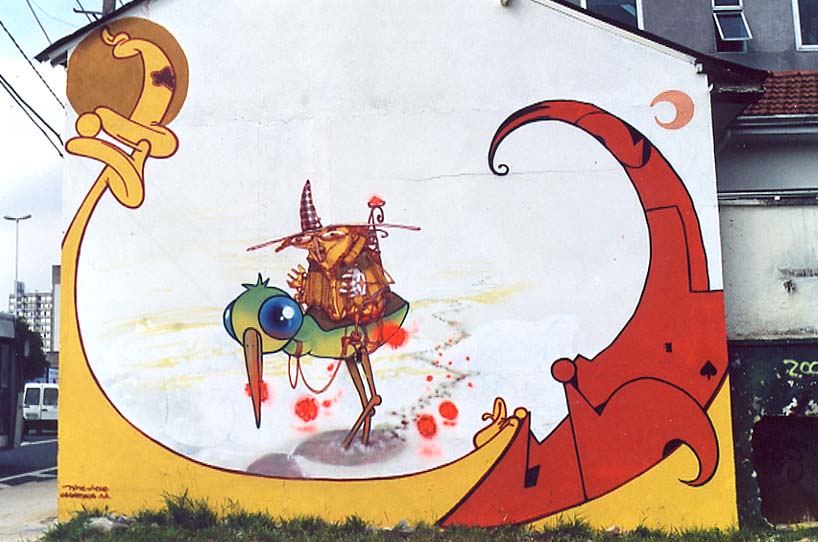 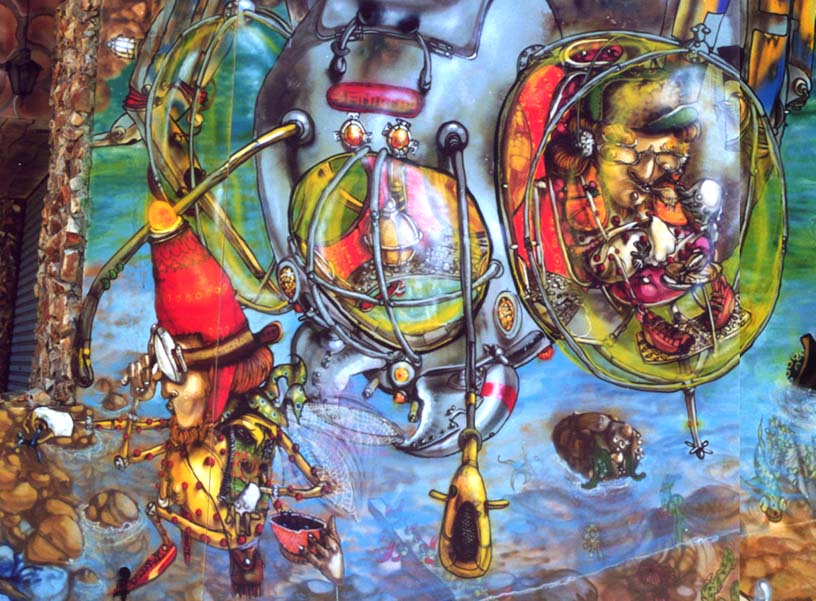 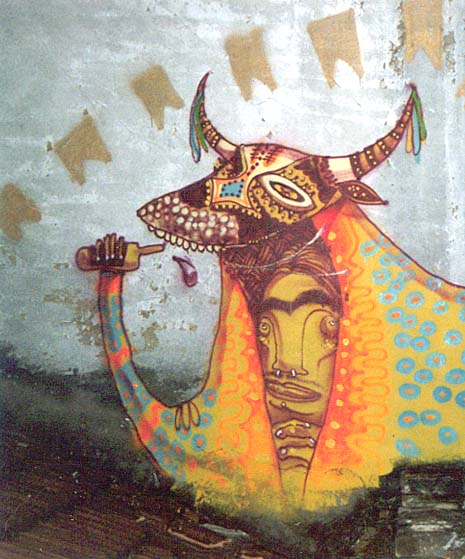 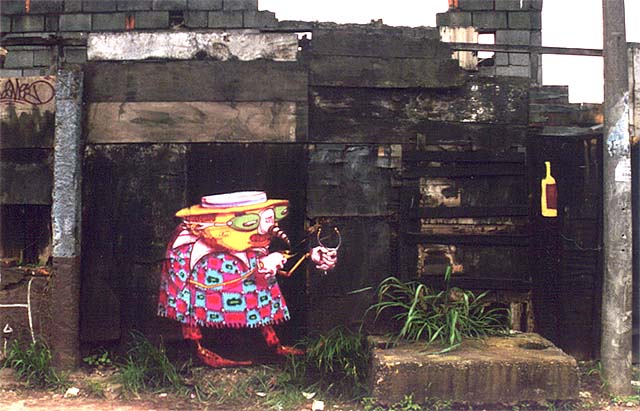