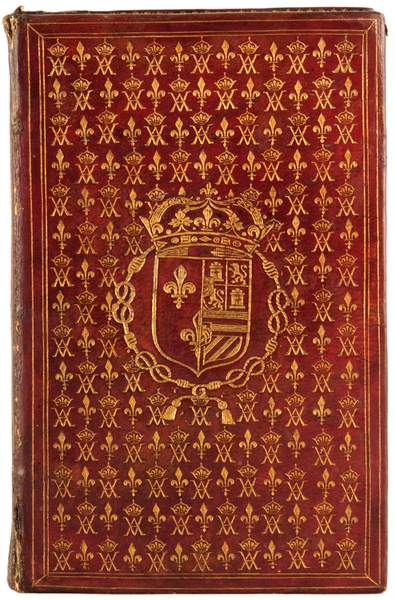 A French binding for Anne of Austria, wife of Louis XIII. 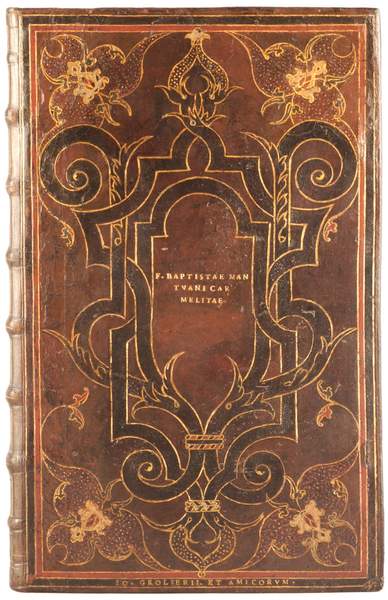 Jean Grolier is one of the great figures of book collecting and bookbinding history. He served France as a diplomat in Italy, and returned to his native country with new designs for bindings, which he commissioned in Paris in the early sixteenth century. 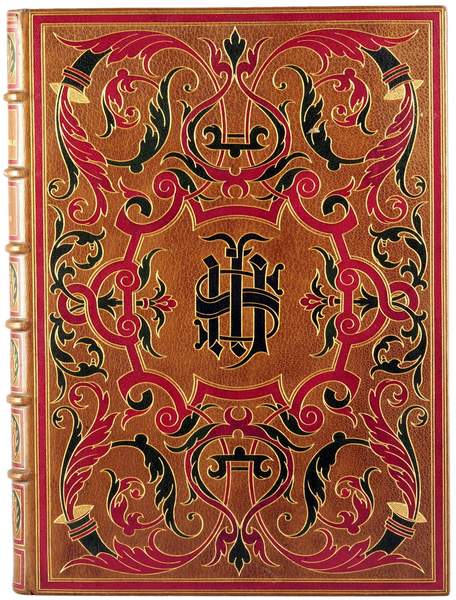 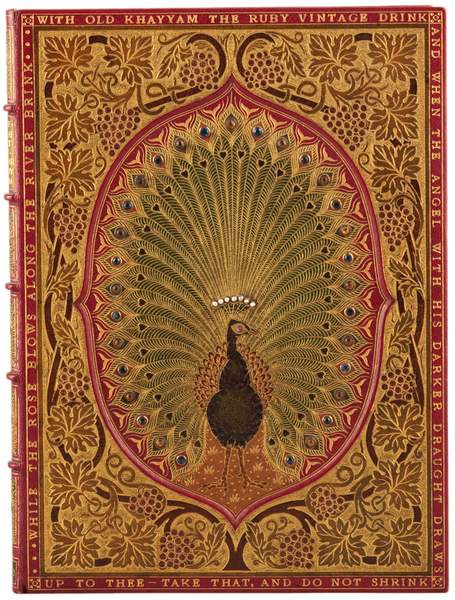 A jeweled binding by Sangorski and Sutcliffe. George Sutcliffe, who studied bookbinding under Douglas Cockerell, established a bindery with with Francis Sangorski in 1901. During the first two decades of the twentieth century the pair produced a number of jeweled bindings, most of them on copies of the Rubaiyat of Omar Khayyam. The most sumptuous of these jeweled bindings, now referred to as 'the Great Omar,' never reached the American collector who commissioned it, having been entrusted to the maiden voyage of the Titanic. 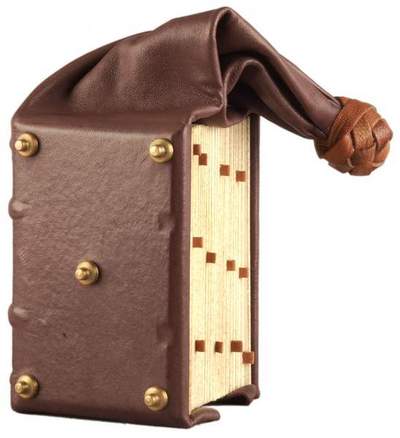 In the late Middle Ages a type of portable book evolved that we call a girdle book, implying that it could be carried tucked into a girdle or belt. With the founding of mendicant religious orders like the Franciscans, and with the increasing interest in pilgrimages, there came a need for portable books of personal devotion such as breviaries and prayerbooks. Girdle books were produced in large numbers at the time, but today fewer than twenty are known to survive. This model is based on the girdle book in the Spencer Collection at the New York Public Library. 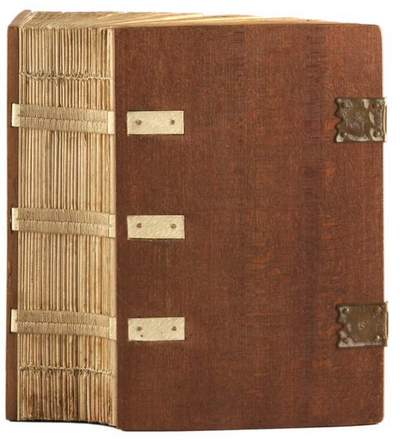 The American binder Peter Franck repaired and bound this incunable for Elmer Adler in the mid-1940s. He intentionally left the binding without a covering to expose the structure completely. It takes us back to the early methods of medieval binders. We are fortunate to have Franck's letter to Adler explaining his work on this book. 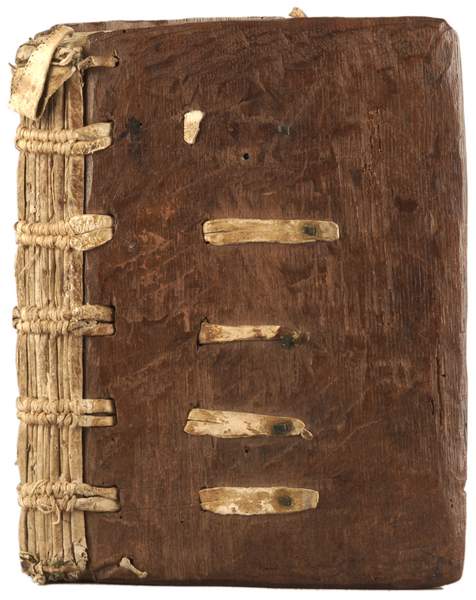 A medieval English binding with thongs laced into oak boards. 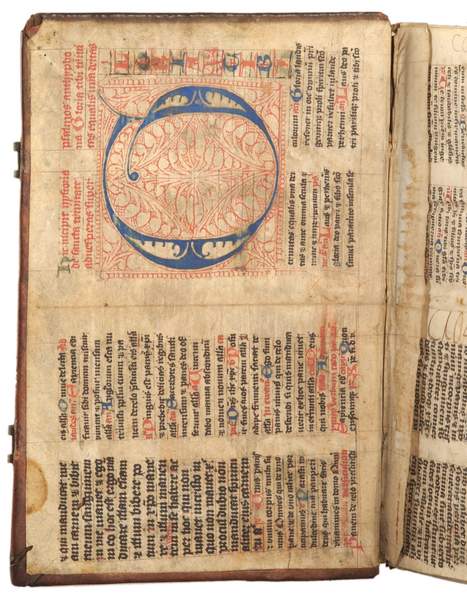 Several leaves from a French breviary as pastedowns and flyleaves in this early sixteenth-century binding from the lower Rhine region. 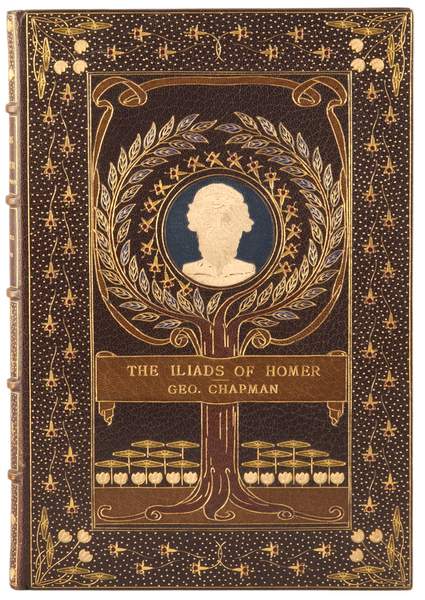 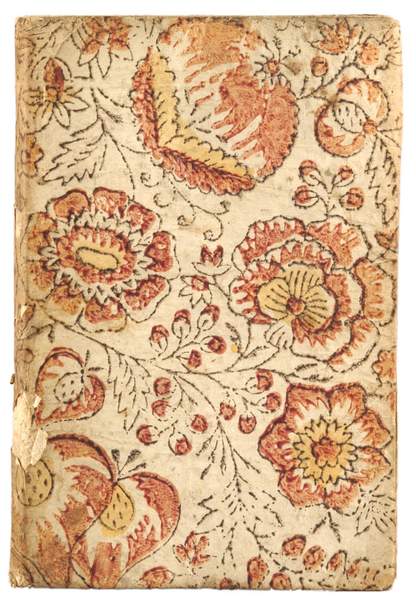 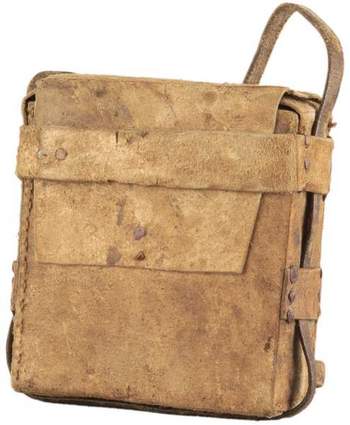 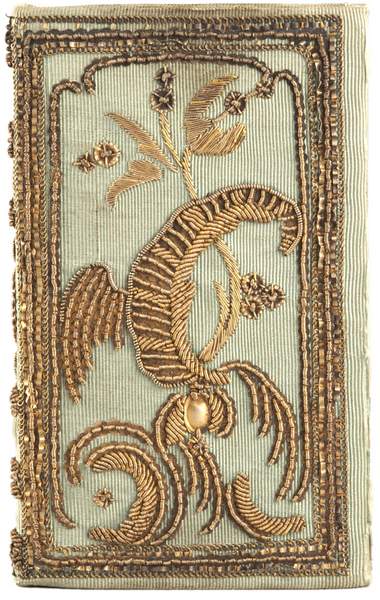 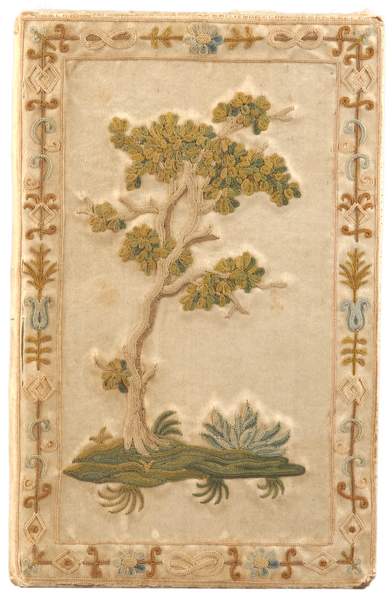 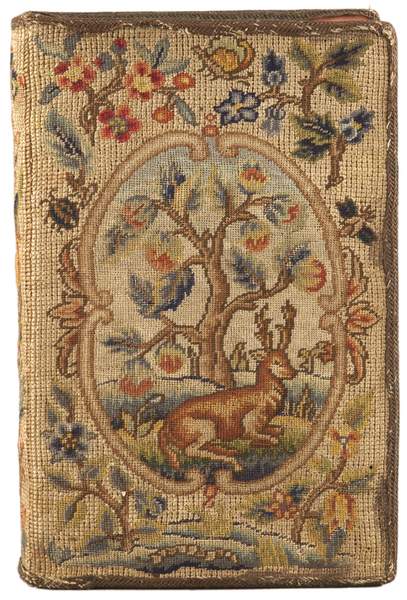 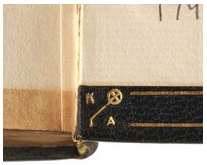 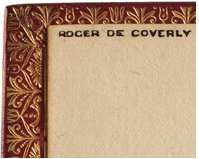 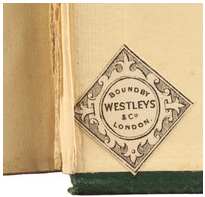 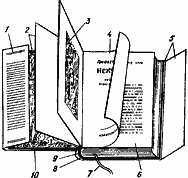 Bookbinding and the Conservation of Books
A Dictionary of Descriptive Terminology

Bookbinding and The Care of Books

How to Make a Simple Hardcover Book 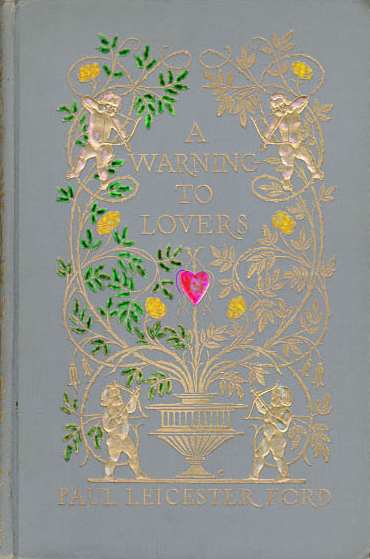 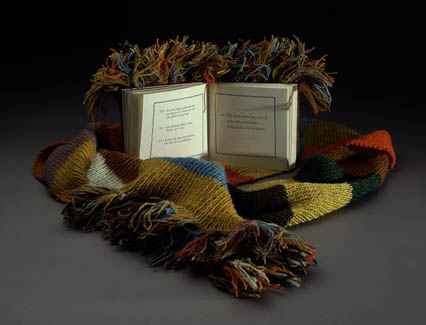 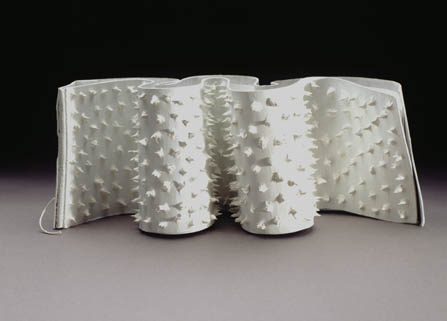 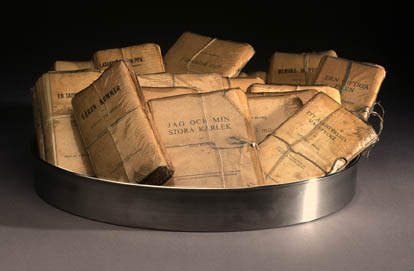 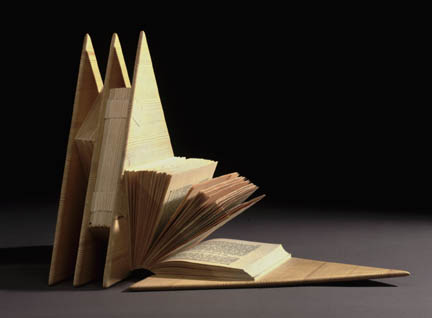 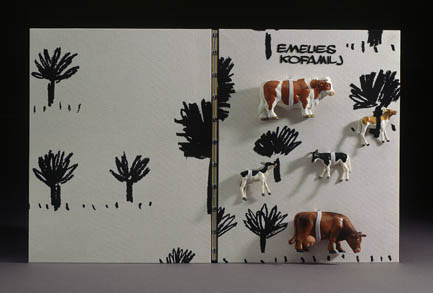 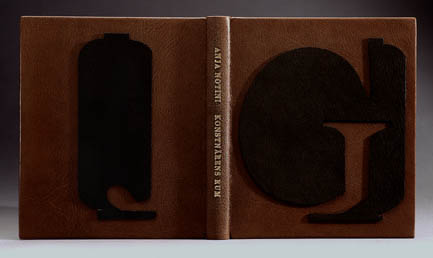 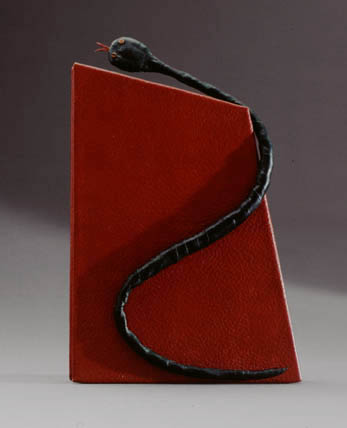 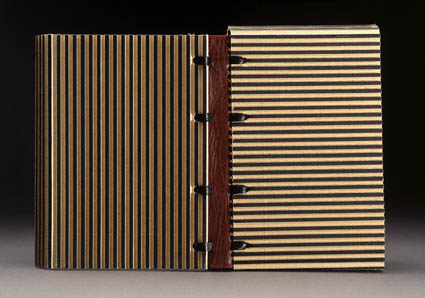