firstofoct what she wanted me to write her for her birthday and this is what she said. So she is entirely responsible for the first fic I’ve written in months being about this. Although the last thing I wrote before this was about Desperate Scousewives, so.

_thirty2flavors
Length: ~1,000 words
Summary: In which the Doctor contemplates changing his appearance.
Excerpt: He ran his fingers through his hair, his forehead furrowed in consideration. He liked his hair, truth be told -- and if the vast array of products he’d found in the cabinet were any indication, that was one of the few similarities between who he’d been and who he was.


Author’s note: This is actually more of a deleted scene type fic than a standalone, and is really two separate scenes that belong somewhere in the continuity of Identity Theft, in which [Spoiler (click to open)]the Doctor suffers alien-octopus-induced memory loss. (Which, for the record, is also why he’s called “John”.). There’s really two scenes here, one that belongs somewhere in Part 4 and one that acts more like an epilogue, so I apologize for the tonal whiplash between the two.

IN AN ODD TWIST OF FATE I actually listened to Frances' TV taste for once, so me, Hannah and Tay have been catching up on that short-lived Survivors show the BBC made a few years ago. We're only on episode two so ON THE OFF CHANCE ANYONE ELSE HAS SEEN IT plz do not spoil me, I know nothing beyond 1x02.

Anyway we all really enjoyed episode 2 (1x01 tbf gets off to a slow start) but this was the most exciting thing: 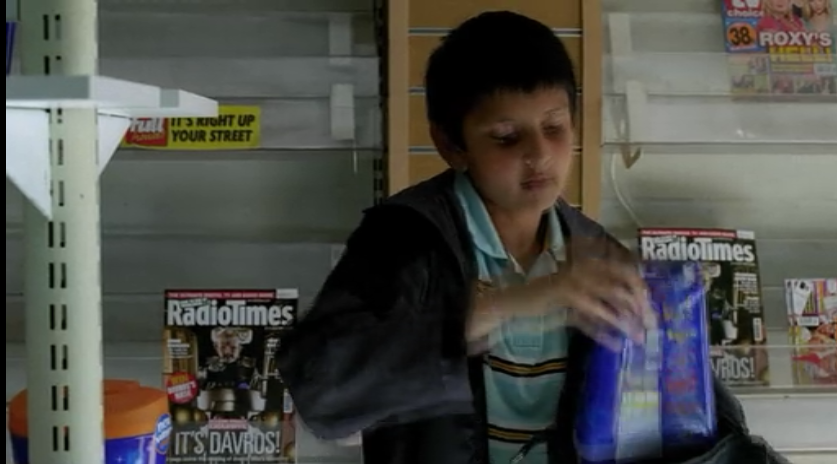 LOOK AT THAT MAGAZINE BEHIND HIM. COULD IT BE? IT IS: 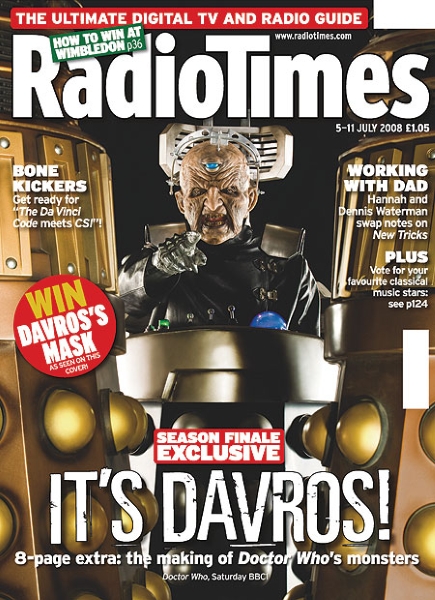 I. One of the funniest texts I have ever received:

II. I feel like the existence of Tumblr results in far fewer people making pretty icons these days. I can see why, I guess, if you made graphics it might be more rewarding to get a zillion notes on a gif than half a dozen comments on eigthty icons. BUT WHERE ARE MY INSPECTOR SPACETIME ICONS, INTERNET? Conform to my needs!

III. Tay, Hannah and I learned that Eccleston's character in GI Joe is Scottish and decided to investigate immediately. Some kind person had compiled all his scenes so we only had to watch 14 minutes of GI Joe and not 2 hours, which was worth it tbh.

IV. INTERNET, YOU SO BORING ON SUNDAYS. I guess there is Misfits later. Not sure how I feel about this season, although referring to the two Rudys as Ten and Eleven is providing me entertainment.

V. Frances told me to do the top 5 meme so I am doing it:

Give me a list of fandomy top 5 things to do, you know, top 5 episodes or whatever you've all done this meme before and I am just making up the description right now on the fly.

VI. This post is boring, so have a gif:

firstofoct and I just rewatched The Waters of Mars, fulfilling something I've been meaning to do for like 2 weeks now.

IN CASE YOU WERE WONDERING?

STILL A FLAWLESS EPISODE YOU GUYS

I legitimately think I like it more every time I watch it. Practically every scene is like OMG THIS PART and then the next scene happens and it's like OMG THAT PART. Such perfect writing, flawless acting, great music (...mostly), PERFECT STORM OF WONDERFULNESS. And bless you Lindsay Duncan for being able to act. 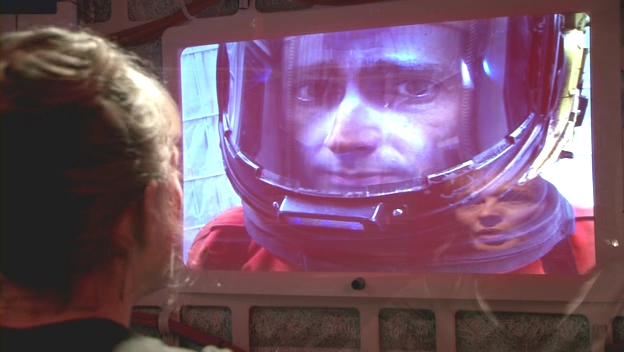 THEY'RE NOT EVEN IN THE SAME ROOM YOU GUYS

Anyway, thus concludes my super surprising update for you all. 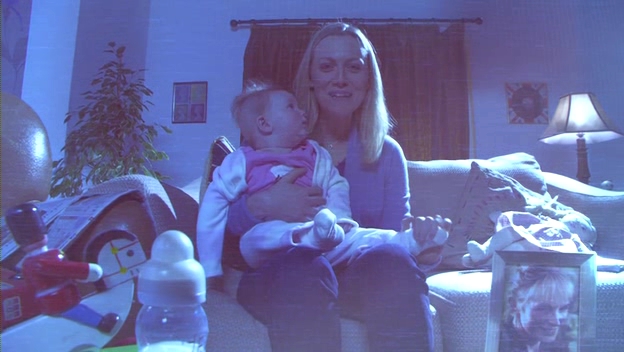 I. Remember that issue I had with my seminar being cancelled, and how I had to email the faculty president a month later being like "umm..."? I got an email back that was literally like "I totally forgot", so lirl. But then I did receive an email later telling me I was okay to join the one seminar I had asked for. So that's sorted, I guess. TBH the seminar sounds boring as shit, but I like the prof and my friend is in that course as well sooooo that's okay I guess.

II. Turns out I actually do have Halloween plans! So this weekend I scrambled a bit to put together a costume and wound up defaulting to a generic devil costume. Huzzah. Every year I tell myself that next year I will have an awesome Halloween costume, but it's never really happened, lirl.

III. Last weekend I also went on this haunted ghost walk thing in my city, which primarily was a tour of the old jail. Apparently it is ~very haunted~, and now it is a hostel. I don't really believe in ghosts and I'm not easily scared, but I quite like ghost stories, so I thought it was a lot of fun. The jail here was apparently used until the 70s, when it was shut down for being inhumane. HAVING SEEN THE SIZE OF THE CELLS, I feel qualified to say "no shit".

IV. Hannah got me to watch the pilot for "Once Upon A Time", which was ... so-so. I think I could like it if it lightens up a bit and has more fun with its concept, but probably it'll just continue to be way more srs bsnss than it has any right to be, given that it's a show about fairytales. It's kind of like if someone made Enchanted into a serious drama, and the only thing I liked about Enchanted was the lulz at the disconnect between fairytales and the real world. In conclusion, television needs to make things that don't suck.

V. Mostly though I want to present this open letter to Tumblr:

I understand your desire to post the same six crying gifs over and over, but there has been absolutely 0 confirmation from anyone in any official capacity that Matt Smith is leaving the show. Every single article you have linked to as "proof" hinges on the same single, ambiguous quote being interpreted by journalists who have nothing to do with the BBC or with Matt Smith's career. You do not need to rush out and get "a bucket" for your "creys" until someone actually confirms something, somewhere. Possibly consider saving your existential crisis for the day, whenever it may be, that Matt Smith actually announces his leave himself.

Also, the handful of you who are worried about the fact that there are "only two regenerations left"?

In conclusion, calm yo tits.

YOURS TRULY,
A lurker interested in saving her popcorn gifs for actual real casting drama

So, last night Hannah and I decided to watch Love and Other Disasters for our ginger queen Catherine Tate, but then Netflix wasn't working for Hannah and there was a change in plans. Instead we ended up watching LA Without a Map, which is a 90s movie starring bb David Tennant, with cameos from Lisa Edelestein and, inexplicably, Johnny Depp.

AS YOU CAN PROBABLY TELL BASED ON THAT DESCRIPTION, IT WAS A CINEMATIC MASTERPIECE.

This movie is primarily about this guy Richard, played (obviously) by David Tennant. Richard works as an undertaker for about two seconds of the movie, until he sees the hot girl who will serve as the love interest. 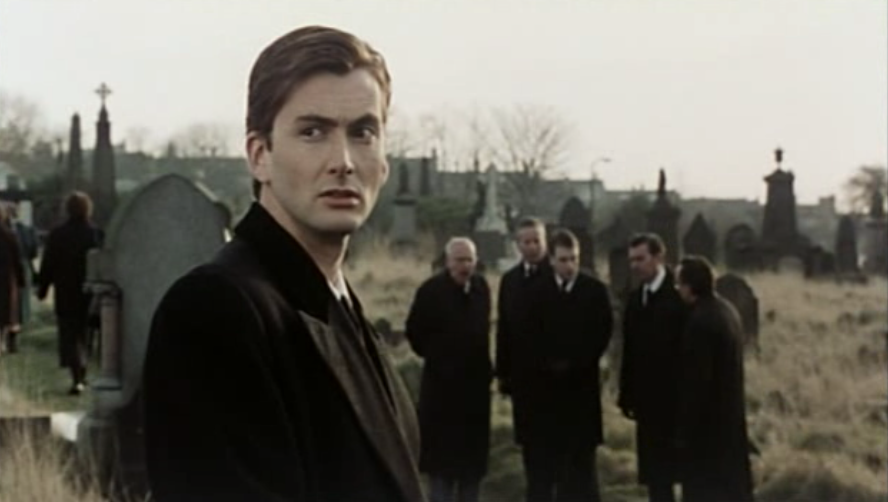 This movie came out in like '98, so David Tennant is approximately twelve.
She is just hanging out in the cemetery, taking pictures and generally being a tourist right next to an actual funeral. Her name is Barbara, and she is played by someone named Vinessa Shaw whom you've probably never heard of, judging by her IMDB page. Barbara is AMERICAN! Barbara explains that she was on a nondescript train through this nondescript British village and it looked cute so she decided to get out and take pictures of gravestones, or something. Richard offers to show her around, and Barbara accepts, because picking up a date in a cemetery is totally normal. 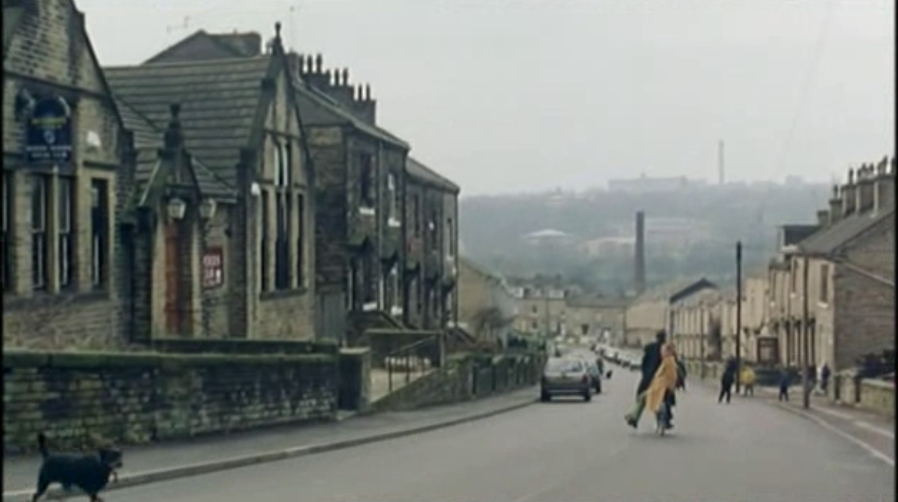 Around now is when Hannah said, "this doesn't look like LA." lol Hannah
( Collapse )

LOL So we watched 'The Shadow in the North'. ( Collapse )

In conclusion, this was probably worse than the first film, but it also had parts that were more amusing. Does anyone have any particular suggestions for what we should look for next in our quest to WATCH ALL THE THINGS with Doctor Who alum?

LOL in our continuing quest to watch ALL THE THINGS with Doctor Who alum,

firstofoct and I just watched The Ruby in the Smoke with Billie Piper and Matt Smith.