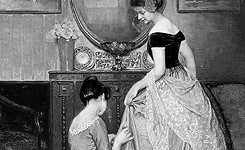 On a not unrelated note, where are my Karen/Holly icons, internet? YOU'RE ALL BUSY MAKING GIFSETS ON TUMBLR, AREN'T YOU?

Not that I don't also appreciate your efforts on that front.

Also I saw the Legend of Korra finale. I might do a post later to try and put my thoughts together. The brief version [Spoiler (click to open)]is that like the whole series, I think there were some good things and some good ideas but an equal amount of strange/bad things and some rushed execution. For once I find myself actually thinking a show needed more episodes.

I. This week felt loooong. I am not sure why, really, since in theory it was no different from any other week, but oh my god was I glad to finish work today. It’s Thanksgiving weekend, so we get Monday off as well, which is swell. Thanksgiving tends to be something of a non-event in my house, and this year my dad’s in Beijing so it’s just me and my mom, but I am always open to having additional days off work/school. And to anyone who says it’s “not real Thanksgiving”, allow me to direct you to this gif:

II. I also discovered a Canadian station that – gasp! – lets me stream Community, Modern Family and HIMYM online. Legally. To those of you in the US with Hulu or in Britain with iPlayer this probably seems pretty basic, but to that I say F U GUYS. I don’t have anything in particular to say about this week’s crop of shows, though I will say that in a shocking twist I think this week’s Office episode was my favourite of the four I watched.

Also, a question for those of you who watch Community: ( Collapse )

I also watched the third (by accident, lol, I thought it was the pilot) episode of that show “Undercovers”. It’s not really my kind of show, so I find it hard to say if it was just me finding it bland or if it was kind of bland, but Gugu Mbatha-Raw is totally adorable and her American accent is A+. I hope it survives long enough to find its feet.

III. I suck at comment ficathons, but I support the theme of this one and I know some of you are into them so I’m going to advertise it anyway:

IV. I am quite bored. I tried writing some s5 fic earlier but that wasn’t happening. Raaagh I miss being able to write (short) fic. Anyway, I’ve returned to my long-forgotten 30 Women Meme.

I. So we are all in agreement, right? No Facebooking/Twittering of each other's posts? Good.

II. I am off to a cottage tomorrow morning! Well, I say "cottage", but supposedly it is like three times the size of my house. I will take pictures. Anyway, it also means as of tomorrow I will be gone from the internet until Monday evening. I know, it will be hard.

It is your basic comment ficathon and it is running for the next couple weeks.

I have such a dumb relationship with ficathons and fests. Allow me to share.

Thought process: "omg this will be so great I will write ALL THE FICS!!!"

Final action: Sign up for way more than you can deliver and/or stalk the post eagerly and tell all your friends about the AWESOME FICS you are TOTALLY GOING TO WRITE for the AWESOME FICATHON

Thought process: "OMG OMG OMG... I don't have any prompts, I must jealously guard any good fic ideas I have so that I can write them."

Final action: Post no prompts and resign yourself to answering others'.

Thought process: "OMG!!! ...omg I can't write any of these. This prompt is too long, this prompt is too short, and this porridge is too cold. Why do all the prompts suck? Why do I suck? OMG why can't I write anything? OMG FICATHON I HATE YOU!"

Final action: Write maybe 200 words of fic for one prompt; hate all 200; flounce and write nothing while regarding the ficathon and the successful authors with resentment

Thought process: "Well that sucked for me. Hmmm. Maybe by the next one I will be better at writing prompts!"

In the last two days I have somehow gone from not writing anything at all to having three -- or maybe more like 2.5 -- fics on the go at once. And they all involve some measure of plot (AHHHHH) and

goldy_dollar. So as you can probably guess, in one of them, the Doctor and Rose bake a cake out of rainbows and smiles so everyone can eat it and be happy.

So I guess there might be fic soon. I KNOW, YOU WERE ALL SO CONCERNED.

In the meantime, here is more of that 30 Day Meme.

Okay I don't actually have a good answer for this one. I can't think of a Doctor Who fic that sticks out in my mind as being ZOMG THE BEST EVER the way I can easily think of my favourite HP fic, for instance. I think the problem might be that the characters in Doctor Who are too spread out. I mean, my favourite Doctor/Rose fic probably doesn't have a segment on the epic BFFery of Ten and Donna, or a part about Martha Jones being the most badass bamf to ever bamf. So it is hard to find ONE FIC that I like most.

So here, have one of each.

Ten Calls by Jayne Leitch is my go-to Martha fic rec. It was written post-s3 so it has been a bit jossed since then, but I still really like it, and I think it does a good job of portraying the relationship I wish Ten and Martha had had after s3 though in reality I know that could never happen because Ten is a weenie. But it's delightfully timey-wimey and her Martha voice is quite good and in general the fic makes me happy. Four for you, Jayne Leitch.

For Donna, let's go with Your History Written in Stars and Time by

such_heights. There are about a billion post-JE Donna fics, and this one is probably my favourite, and probably the only one that more-or-less stands up after EOT. The idea behind it, that aliens keep searching out Donna because the universe does remember, is so sweet and sad. And it is one of the few post-JE fics that doesn't either fix Donna's brain or end with utter despair, so that's nice.

Let's go with But Broken Lights by

rosa_acicularis which was written in like 2007 but whatever I do what I want. It was my go-to Ten/Rose rec for a long time and I love a good argument in a fic, and I remember really liking the way this fic discussed all their ~issues~. It's possible they even kiss or something, I don't really remember, but clearly I really liked the fic if I could get past that HORRIBLE MISSTEP, lirl. ...Wow I am the worst person ever at writing recommendations. Frances, I blame your salesmanship.

IIII am in Montreal right now at

goldy_dollar's aunt's house. It is very nice and I think one of the dogs has taken a liking to me. Yesterday I was made to climb a mountain but I think I have now more or less physically recovered. Today we plan to counteract all that physical activity with cupcakes and poutine. This is good because I am much better at sitting and eating than I am at climbing mountains.

You would think I might have more to say, but I really don't. I will get back to that 30 Day Meme when I get home I think. In the meantime, I rec you THE BEST FIC EVER:

Title: Chicken Soup for the Dark Wizard's Soul by fireicerage906
Fandom & Characters/Pairings: Harry Potter, Dumbledore/Grindewald
Why you should read it: Because it is the greatest thing on the internet.
Excerpt: “You mean...” Grindelwald’s face twisted with disgust. “You’re just going to keep me?”

“I... No.” Dumbledore let out a frustrated sigh. “Perhaps... perhaps I’ve been at Hogwarts for too long. Maybe it’s time I settled down, time I cared for someone else. I could take care of you. Gellert, I could help you.”

I. This icon accurately depicts my life. Ty, Hyperbole and a Half.

II. Everyone is doing that ‘seven things about my writing process!’ meme and I think I am just bored enough to give it a shot. ( Collapse )

III. I am totally going to watch that not-Disney-but-everyone-thinks-it-is Anastasia movie for the first time tonight. I KNOW, I AM SO COOL.

IV. Day 12 – Whatever Tickles Your Fancy

Fandom is pretty often ripe with misogyny and all sorts of back-and-forth wank about that misogyny, but occasionally it surprises me. This fandomsecret today delighted me because I am always delighted when I learn about more people who love Martha, Donna and Rose.

femgenficathon went up today. Once upon a time it was this ficathon that produced what is still one of my favourite pieces of fanfiction: Five Women Who Hate Fleur Delacour by

snegurochka_lee. If you're at all inclined to read Harry Potter fic and by some sad miracle you haven't read this yet, I heartily endorse it.

So I decided to sign up this time around. Here's the quote I've got:

It seems to me that the poet has only to perceive that which others do not perceive, to look deeper than others look. And the mathematician must do the same thing. -- Sofya Kovalevskaya (1850-1891), first major Russian female mathematician, first woman to hold a full professorship in a northern European university, writer of memoirs and novelist. Known for the Cauchy-Kowalewski theorem. The lunar crater Kovalevskaya is named after her.

No real ideas yet, but fics aren't due until July. It was only after last year's round that I learned it was not actually a HP-only fest like I'd previously thought, so this year I thought I'd give it a whirl, because if there is one thing Doctor Who fandom is not lacking, it is badass female characters. I submit this video by


Find more videos like this on BAM Vid Vault

goldy_dollar respectively, and both of them were a lot of fun. However this also means that all I've really written in like six months is Cloen angsting around, and I really miss writing Donna because Donna is great.

So... someone give me something to write which features Donna being awesome.

In other news last night

goldy_dollar and I saw "Cloudy With A Chance of Meatballs" primarily because it was the only thing playing at a convenient time, and it was kind of really awesome. It was legitimately hilarious, I was very surprised.

Also, happy Jew celebrations to all Jews on my flist. SHANA TOVA seems to be the appropriate thing to say so I will say it.

Here are several unrelated thoughts while I wait for someone to upload the season premiere of The Office.

I'm writing a fic with

goldy_dollar and I find the process kind of hilarious. The last collab I did was with

wild_sibyl and we were basically on the same wavelength the whole time. With Frances it seems to be more like:

Frances: I think we should show him getting better.
Kali: Let's have him set fire to an orphanage.
Frances: ...Or he could go to dinner at Jackie's.
Kali: OH. OH, WHAT IF HE STABS A PUPPY?
Frances: ...Um...

Apparently Harry Potter didn't rid of me of my "LOL ANGST IS FUN" thing as well as I had hoped.

And now, a poll of SCIENCE! Because I know you missed my polls.

Open to: All, detailed results viewable to: All. Participants: 127