Well I thoroughly enjoyed all my shows this week (and by "this week" I mean "yesterday" because that's when everything airs, ugh), it's nice when that happens.


COMMUNITY MY LOVE I MISS YOU

I will post about my trip soon probably. Also probably my questionable future and such. In the meantime, have this post:

Today I went downtown to hang out with

lacunaz for like 45 minutes which was great fun. Eden marks the fourth new LJ person I've met in the last two weeks. (SORRY EDEN YOU ARE THE LATEST IN A LONG LINE.) Then I went out for coffee with Frances which turned into an entire day-long event, because clearly we haven't spent enough time together recently. (During this we did a headcount, and I've now met 20 internet people, I think. THAT IS QUITE A LOT.)

We watched some of s3 Community since she is behind, which brings me to my main point: OMG I AM SO UPSET ABOUT THE DAN HARMON THING. I CAN'T BRING MYSELF TO WATCH THE S3 FINALE EVEN THOUGH I DON'T WANT TO BE SPOILED BECAUSE I AM SO CRUSHED BY THE IDEA OF IT BEING THE LAST 3 GOOD/REAL EPISODES OF COMMUNITY. UGHHHHHH. At least if NBC had cancelled it they would be the last 3 for real. Now we are going to have a fourth season that will in all likelihood be BS, and even if by some miracle it's better than I anticipate it will never feel like the "real" fourth season of Community. UGHHHHHHHHHHHHHHH. Ugh I am so distressed. NBC, what have you done. I will allow this gifset to illustrate my feelings:

I LOVE BOTH KAREN GILLAN AND COMMUNITY

[There was really only one thread of interest for me on The Office...]which was of course whether or not Catherine Tate would be staying for the next season and if I would then have to keep watching. And it looks like the answer is yes?? I was excited but also conflicted because lol this show is a travesty now. BUT CATHERINE TATE ON MY TV MORE? HOW CAN I TURN THAT DOWN? Plus she recited Shakespeare. So I guess overall I am pretty excited for moar Nellie, either as a regular or a recurring guest star I can't tell, even though that means I am doomed to watch The Office forever. As for everything else in this finale, "lol the fuck?" covers it. I'm not sad to see the dumb Sabre plot go. The Dwangela-Oscar/Senator plotline is embarassing. I think the only genuine laugh the episode got out of me was actually this:

Because lol, fucking Gabe. Gabe is to me as Toby is to Michael. NBC, please give this show a final 9th season and put it out of its misery.

[I watched P&R on Tuesday, thanks Canada.]It was a decent episode overall. I'm glad Leslie won. The Ben/Leslie drama was predictable and meh to me. But if I'm honest I as disappointed in most of s4. I think the election plotline really just didn't do it for me. I found it frustrating to watch, and not in a fun way. If I wanted real electoral fuckery I could just turn on the news, I guess. And yeah, they got in some good political satire, but other episodes relied on characters being cartoonishly stupid, and not just Andy Dwyer. Plus, Tom/Ann is the fucking worst. So I dunno. I didn't hate the season but I did think overall it was not as good as it could've been.

Andy wanting to move to Winterfell or any place listed in that song by the Beach Boys was pretty funny though. I love the casual visual gags in this show.

Which brings me to COMMUNITY BEING PICKED UP FOR (AT LEAST) 13 EPISODES YESSSSSSSSS. Some people are calling this a "soft cancellation" or whatever, but tbqh I am just happy to have an s4 at all, whether it's a full season or not. And like I said for P&R, maybe the potential for 13 excellent episodes outweighs the potential for ... 13 excellent episodes and 9 episodes of filler. So IDK EITHER WAY. #FOURSEASONSANDAGRADUATION? God bless your inability to pick up any pilots that have any success, NBC.

[Community&apos;s finale is next week when I am in London WHYYYY.]This episode was hit and miss for me. It started off weak IMO, but I really liked it once it turned into the psychological thriller/gotcha movie, a la Shutter Island. That whole sequence was hilarious ("I WANNA SEE WHAT HAPPENS IF I TAKE ONE OF THEIR PENS") and so was the eventual deconstruction of that kind of twist as BS. SPEAKING OF, does anyone know what episodes Britta and Annie are doing in this gif?

Lastly in TV news, Mindy Kaling's pilot got picked up for a full season order over on Fox! I want it to be good so badly, though I won't be totally surprised if it's not. However, from the thing I saw, the starring cast (so excluding the guest stars like Ed Helms etc) was two men and four women, counting Mindy. Literally twice the number of women? UNHEARD OF WITCHCRAFT. I mean it'll depend on what the show is like etc, the actresses could be comparatively minor compared to the male roles, but that is a pretty rare unicorn, even for female-lead shows.

I was gonna write about something else but this post is already huge.

I guess Hugo nominations are out?

For the people on my flist who don't know, the Hugos are some supposedly-prestigious-but-only-if-you're-a-scifi-nerd-on-the-internet-I-think award for scifi stuff. As someone who generally gives no shits about awards, the Hugos have an unprecedented capacity to make me butthurt. It's partly the Ron Swanson thing, and partly the fact that fandom like to wave them around as incontestable proof of something's quality. As a not-unrelated point, the Hugo awards love Steven Moffat.

So anyway, someone told me earlier that this year's crop for the "short drama presentation" category included "The Doctor's Wife" (fine), "The Girl Who Waited" (yes plz!)... and "A Good Man Goes To War". I kind of grumbled about how at least it's not "Let's Kill Hitler" or "The Wedding of River Song".

Oh, look who the new companion's date to the ~TITANIC 3D~ premiere was:

~THE KING IN THE NORTH~
Hilarious.

In almost-related news, we watched the first episode of the Titanic miniseries by the Downton Abbey guy that she's in, and... good lord I did not realize the Titanic sinking could be SO BORING. My god was there ever a lot of bad American accents and underdeveloped rich people whining about being rich, followed by very leisurely ambling in the general direction of life boats. I spent most of the episode going "SINK FASTER, DUMB BOAT".

I also cannot comment on Miss Coleman because she had approximately 4 lines in the first episode, although tbf they were the four lines that interested me most merely because she was speaking them. Supposedly every episode will follow the same period of time but with different characters? Which is fine because I have no desire to see most of them again. I don't know if that means the people who were in the background, like Jenna Coleman, will be mains in other episodes, or if this exciting 4 minutes of screentime was indeed the entirety her post-announcement debut.

On the subject of Doctor Who actresses, this happened:

Karen Gillan remains 2 good 4 this show tbqh and I still want to be her BFF. We could watch Community and Summer Heights High and fluffy s2 episodes together, it would be excellent.

This post has mostly been an excuse to waste 600 seconds while waiting for Fileserve to let me back in. RIP, Megaupload.

Oh Community, I have missed you so much. My Thursday nights are not the same without you. To those among you whose lives are Community-less and therefore empty, here is some Doctor Who fanart by this lovely artist:

And if you like neither Doctor Who nor Community... tbh I have nothing to offer you. 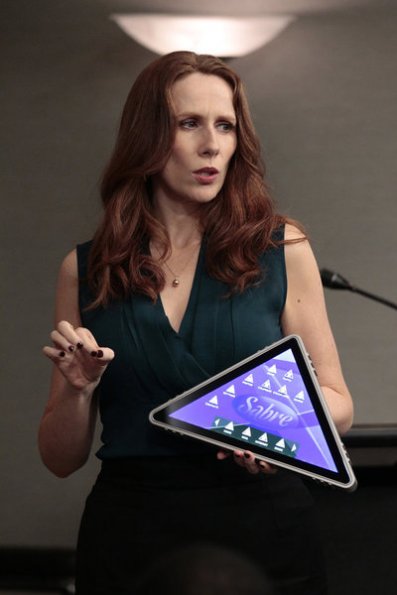 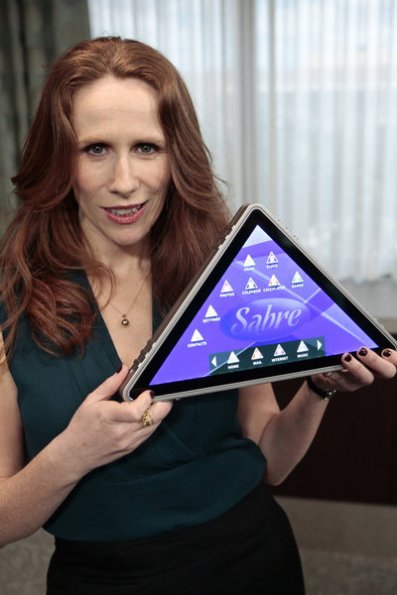 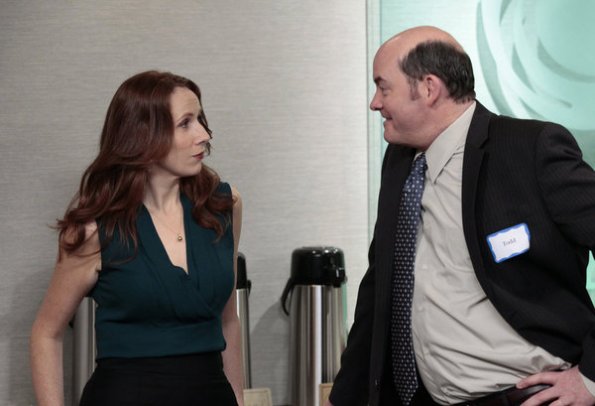 I. I downloaded and thoroughly enjoyed watching Much Ado About Nothing again, even if the file is the size of a small electronic child and is DRMed to all hell. I know some people had issues with the HD one and in retrospect SD may have been a better choice, but it actually downloaded quite quickly for me (under an hour, I think) and ran smoothly so yay. I would do another post because OBVIOUSLY YOU ALL CARE, but a while ago

goldy_dollar asked for my Top 5 Much Ado moments so I'll probably compile that into one post, now complete with screenshots. Hurrah! Have a gif of Catherine Tate:

II. I am so mentally checked out of school already and I still have two exams left, including one tomorrow. Fffff, I just don't care anymore. On the bright side, after the exam tomorrow is the cookie exchange party, for which I made

fauxkaren's cake mix cookies because I am a total baking novice.

bazcat89 is probably turning away in shame at me for using a box BUT WHATEVER. Now, though, I have like 3 dozen cookies taunting me and I want to eat them but cannot. My life, guys, it's hard.

III. My mom's friend came over today and they made tea, and when I went to pour some into my amazing mug, the friend was like "OMG IS THAT THE TARDIS? I'VE BEEN WATCHING THAT SHOW SINCE IT WAS IN BLACK AND WHITE!" She went on to tell me that she wasn't enjoying Matt Smith much even though she quite liked him in other things she's seen ("RIGHT? IT'S THE WRITING," says Kali) and then stanned for Nine a bit. I was all "I saw David Tennant and Catherine Tate in a play when I went to England!" and she was all "ooohh I like him!" (to which my mom was like "yeah, so does Kali", lol ty mom). Anyway, this being North America, I found this all pretty exciting.

IV. Speaking of Doctor Who, what do people think of the "no two-parters in series 7" thing? I'm sort of stuck on "not sure if want". On one hand, there weren't really any two-parters in s6 that I liked. On the other hand, I'm not sure that a bunch of disconnected one-off episodes will just make everything feel even more unconnected and pointless than it already does.