What have I been up to lately? Pretty much being a lazy turd, reading the flist and sucking at commenting, reading way to much Puck/Rachel fic since I decided to give watching Glee a try, and generally being a fail ass about updating my journal.

But I did manage to squeeze in some art time during my busy schedule of slacking off, so have some art.

This was my gift for my


I was itching to do some Labyrinth stuff because it's been forever since I've done any.
Fandom: Labyrinth
Rating: G


I was still on a Labyrinth high after the first one and felt like fooling around with all my stitchery stuff, so I tried doing some embroidery. I'll probably end up making a little zipper clutch out of this or something. The picture isn't that great because my camera decided to be a pain in the butt that day.


I haven't forgot about the art sale, I've been having some issues with Paypal and want to get them resolved before I get the ball rolling on that. I'll probably get that post up this week.

Hi guys! I'm still here. I just realized that this has been the longest I've ever been away from LJ. Over a month! What the hell, Jess?
Sorry I've been away, I've had some job stuff and some family things that I needed to take care of. Most of it would be tl;dr, but I am happy to say I'm an aunt now. I have a nephew! :D
But I've missed you guys. How u doin'? Did I miss anything interesting?

It's late and I'm tired so I'm completely failing at trying to type out a full post, so that will have to wait until tomorrow. I've barely had any time to do much artwise these last few weeks, but I did manage to fiddle around with some art that I've had sitting around unfinished for ages. I really need to get back on the ball with drawing. But anyways, have some art. 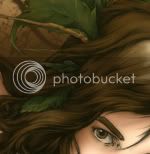 I've been holding onto this one for a while, but now it's ok for me to post it.
This was commissioned by

dmacabre's birthday. She wanted a piece to go along with

Labyrinth
Characters: Jareth/Sarah
Rating: G
Notes: Commission art. Not for use and all that jazz.

Not much, just some sketchy stuff I've been working on in between commissions and Christmas cards.

Whoops. I almost forgot I wanted to post this tonight.
Here's another for my

This isn't much, I wanted to post a few pieces together for the table, but time isn't on my side this week. So here's a little sketch that became a prompt for the

I'm off to Orlando now.

After gaping in shock at the latest episode of Doctor Who, I made some art. So here you go, enjoy.

I busted my butt last night to get all the bits and pieces of things I needed to do finished. I got my gift exchange art out, fixed a commission, got a cd of pictures for a client done and ready to ship, answered the mountain of emails that were lingering in my inbox, did laundry, washed the dishes, and balanced my checkbook. Granted, I didn't go to bed until 4am, but damn it feels good. Now I have to get ready to go to St. Augustine to shoot another house. In the meantime I just post some art.

Another one for the

fanart100. As always the fandom is Labyrinth, the subject is Sarah. This is prompt #34: Not Enough.

fanart100 related while I work on art exchange pieces that are due the beginning of June. So, without any further ado, here's another for the