THIS JOURNAL IS STILL ACTIVE AS OF DEC 2018.

Rules:
Add me first, comment here, and ill add you back!
My journal is friends only for a reason, so please respect that.
I probably wont add you if i know you in real life.
I try my best to comment as much as possible, but if i don't, it doesn't mean i don't read each and every entry.
This journal is for my personal thoughts, obsessions, and a place to dump all my fucking photos!! So enjoy :D

This is a place to post feedback about me, _nofuturenohope.  If I have ever bought something from you or sold something/traded something please leave me feedback in the form of a comment to this post.

Rate me on a scale of 1 to 10 (10 being the best).
Also if you remember what i bought or sold to you, and method of payment,  please indicate that in the comments.
Feel free to add anything else!
Thanks!

This is also a link to my feedback thread in the pkmncollectors community
http://community.livejournal.com/pkmncollectors/30997.html?thread=25928725#t26714389

Love is love. Marriage equality.
I am so happy. I knew this day would come eventually.

Chris's mom and I decided to take Chris to a mental crisis center last night. We had the police take him because we were worried about how he would act. He is still in there and I just got a call from him telling me he needed his medicine. He is mad at me for taking him there but I don't care. He needs serious help. This sucks so bad you guys :(

ok lj. I havent updated in a while so of course im coming on here to rant. :P
Apologies ahead of time for terrible grammar, capitalization etc because im typing this all on my cell using the stupid lj app.

alright so my best friend moved in with us a few months ago. she also brought her 2 cats even though we are only allowed a max 2 pets. (we already have 2 cats). we were fine with this. just had to make sure we took precautions to not let her cats in windows etc. my friend is not on the lease because we do not want them to charge us extra for rent or anything like that. She also got lucky, because we only had 2 parking passes. Well i havent updated about this obviously but i had to sell my car to the junkyard so i gave her my pass. (she can probably get away with parking without a pass but without one she has to park in guest parking). I also let my friend live with us the first 2 months rent free because she still had to pay rent on her lease with her ex boyfriend. I did not make her pay me back for that. she offered to pay me when she got her tax refund. i said it was up to her and no she has not offered me any money again. (but has bought a new laptop with her tax refund $).
Ok lets get to the reason why i am a bit angry. last night we get a letter on the door saying apartment peoples investors will be randomly inspecting apartments on thursday between 10a-5p. so steph texts me this at 930p. and then says i dont know what to do with the cats. (thats when she gets home from her 2nd job so she saw the note before we did)
i see her text at 1030 and text her back to call me at work. (i work until midnight). she calls me and tells me she is asleep bc she has to get up at 4am for her other job. So i told her its ok ill find a place for them to go tonight. long story short, i took them to my cousin tylers. i took her 2 cats. Obviously im not taking my own and if for some reason i did my apartment people have on record what color my cats are lol. she doesnt have 2 orange tiger cats. So this morning at 4am we told her where they were etc. when i get up around noon she is home from her 4am job. i told her Dennis (cousins boyfriend) will be home all day so someone can pick the cats up. she told me oh i have to work my second job again tonight until 9 then come home and go to bed again bc i have to be at work early tomorrow.  alright i was ok with that and i offered again to pick up her cats. i was being nice so she could get some sleep right? while we are talking she notices she has a voicemail from this guy she is kind of hanging out with named Ryan. he wants her to go to a show tonight at 9. she said to me oh ill have to tell him i cant go because i have to work early tomorrow.
So today im bored as fuck at work and flipping through fb and i see she is "attending" the event for the show. i text her at like 945 asking if she is going. shes like yep im here the bands are going on soon. So i asked her if she is going to pick up the cats? She tries to play dumb and say oh i thought the carriers were in your car? (note, we only had 1 carrier last night. my boyfriend had to hold her other cat because i didnt want to dig through her closet while she was sleeping last night to find it) i told her no i only have 1. (she gave me the other carrier this morning) and that one was at my cousins already.
needless to say she hasnt responded. i dont get it. You cant pick up YOUR cats? im doing you the worlds biggest fucking favor bc i dont want the apartment people to find out we have 4 cats! if they did, guess who has to find a new home for 2 cats? not me! I have done nothing but favors for her and i dont understand why she doesnt get it. She doesnt seem ungrateful but i just think this shit totally goes over her head. She is sooooo non-confrontational that im sure she wont speak to me tonight....or drink herself stupid at the show bc that's what she does anytime things "go wrong" in her life (aka stress). Im still going to pick up the cats regardless if she doesnt because im not rude. im not going to leave her cats there for one and im not going to leave my cousin to take care of them either. Am i overreacting? 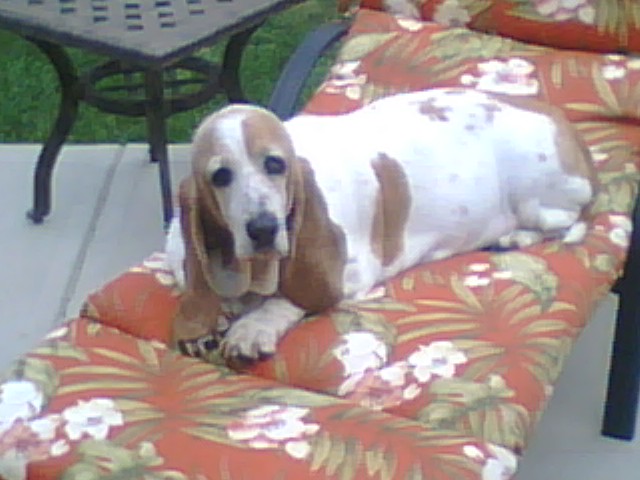 Ooooook so this might be slightly boring, but slightly interesting?
Its a hair timeline! Of me!
I tried to rack my brain, and think of all the different combos ive done with my hair.
God it took me forever, and i had a massive headache. Then it got even worse when i tried to find pics of all of them!

So i hope you enjoy :) And i know ill always be fucking adding to this because im crazy and i love to dye my hair!

I hope this makes up for the lack of updates lately :D

Ladies and Gentleman, I present to you
( Collapse )
Collapse