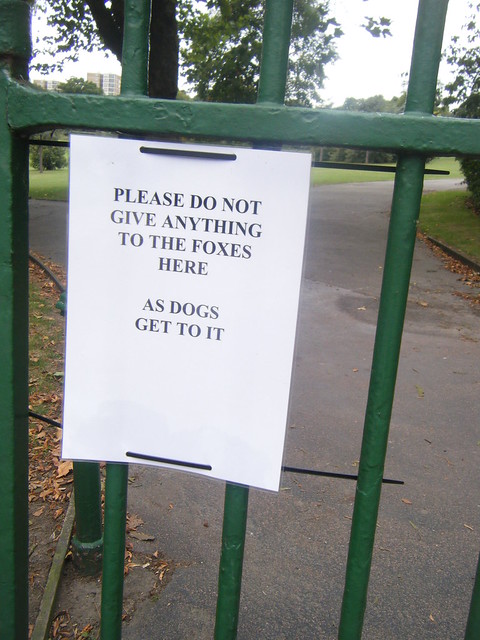 Does anyone know how long these take to get (don't mind paying extra to fast track)? We've been invited to our friends' place in France at the very start of September...

I know you can renew an existing passport on the same day if pressed but I wasn't sure how quick you could get a brand new one. 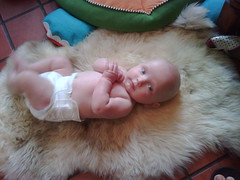 Alexander on his rug
Originally uploaded by natashamorabito

1. Anyway That You Want Me - Spiritualised.
Amazing song, it just keeps building and spiralling upwards. It was on a bonus 7" that came with Lazer Guided Melodies I think and was lost when I moved out of the house in Blackheath with the mad Polish landlord with feral children where we had a fox with a naked tail that used to shelter in the basement.

I met Jason Pierce a few times - I'm sure everyone is tired of hearing about my regret at having a strop and refusing to go up into the dome of the Albert Hall and dropping the balloons (at the gig that was recorded for Live and the Albert Hall - the CD has my ex's name listed on the back as "balloon dropper").

2. Alison - Pixies
Not my favourite song by the Pixies but I have to have representation from my favourite band.

3. Ain't too proud to beg - TLC
TLC were brilliant! This one! Unpretty! NO SCRUBS!!! Poor Lisa.

4. Animal - Def Leppard
Ridiculous. Was trying to think of something cooler but this wouldn't leave my head so down it goes.

And as a bonus track the best song by an artist beginning with "A" - One Thing by Amerie. 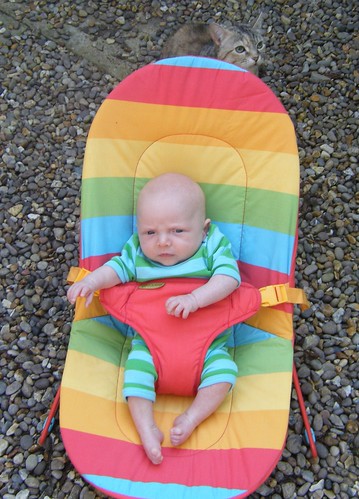 I might have mentioned the pub at the end of our road before. When we moved into the house it was a very quiet, little frequented place. That was nice for us, but not for the landlady as it wasn't turning a profit so it closed down.

It was empty for a few months before being taken over by this arsehole. All the local crims go there for karaoke on a Friday night, and then spill out onto our street to vomit/fight/shout. He has a licence until 12 o'clock which, on a residential street, is really out of order on the part of the council. I've complained to the licencing department (they are sending me a form to request a licence review), the local police and the environmental health department.

Unfortunately the environmental health people usually take so long to call us back that there's no chance of them getting here before the pub shuts but last night (he's started doing a 'jam session' on Sundays until gone 11) they got here in time. The music was not only loud, but f*cking awful - as the people from the council arrived they were slaughtering Bob Marley. I did the 'reasonable woman at the end of her tether' thing very well, playing up the baby thing. As they were standing in my living room we could hear every word of the song being sung, and I use 'sung' in the loosest sense. They said that the noise was clearly in breach of regulations and went to have a word.

The landlord is such an idiot.

I keep looking at the photos

sparklielizard took last weekend and changing my mind about which one is my favourite. At the moment I think it is this one: 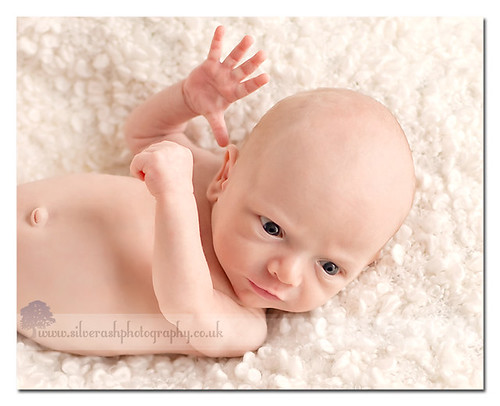 Joe went out to DJ last night so my mum came over and cooked dinner which was really sweet. She did of course say something annoying - she went on about how sons are only yours until they're married. Gaaah. He's six weeks old.

I reminded her how close Joe and his brother are to his parents. She said "yes but who would you want looking after Alexander, me or Miranda" and I said "you of course" and she looked triumphant. So I explained (patiently) that people are only babies for a short time, and that Joe and Sam were taken out by both grandmothers a lot as children and felt equally close to both of them, and that if Sam and Sarah have kids, that they live up the road from his parents while hers have retired to the Isle of Wight so Miranda would see more of them even though she's the husband's mother.

Honestly, she does wind me up. My friend Niki says that mothers know exactly how to push your buttons because they installed them. 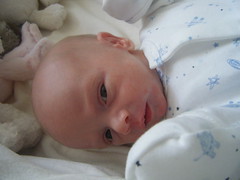 I went to see the dentist today about the bleeding lump near my wisdom tooth. It is something called a pregnancy epulis. It really fucking hurts and it bleeds loads.

I've got Corsodyl gel to put on it.

He said it should go away after I have the baby but that means I can only chew on one side for the next 7 and a half weeks. Bit annoying.

The bleeding really upsets me and the taste of the blood. I never used to be squeamish but I guess after all the bleeding early on I just don't want anything to do with blood. Obviously there will be plenty at the end.

"Occasionally, some pregnant women will develop a localised swelling on the gum, known as a pregnancy epulis. Typically this will occur in the second or third trimester, sometimes even appearing for the first time in the final month of the pregnancy.

A pregnancy epulis will often bleed easily, and can appear very red and inflamed, however they are generally not painful. They are also not cancerous and do not have the potential to become cancerous.

Some women who have an epulis will have it removed during pregnancy, usually because of bleeding, for cosmetic reasons, or because the diagnosis is uncertain. However, if left alone, the epulis will usually regress after childbirth."
Collapse