hey hey hey...well wats up everyone..well yesterday was f-u-n!!! well 1st i went to joeys hose..we chilled and then i went home n took a shower and then me n joye left to sashas house where harmonie and miles were..sasha n miles were in her room me n joey were in the kitchen and harmonie was in the living room watching TV...well then....harmonie left...then............sasha knows wat...and then we sat on the couch and i was laying on joey and i fell asleep and then he woke me up and then her mom came and she dropped me off at home..and then wen i went home n fell asleep and then my babez called me and wqe talked and we blew kisses to eachother frm my window...lol were losers...lol and today i went to joeys house AGEN and then i was guna go over sashas house but my mom wudnt take me.. =\...lol anywaiz.....tomor. im prolly guna do nothing or walk sumwhere or go 2 joey's or have him come ovr...but idk..w.e
comment!
<3

hey well last night was fun...at least for me i dnt kno bout err1 else but for me avia and sasha it was really fun! haha they slept ovr after and we saw a REALLY scary guy after and he was like eeeeekkk...lol but ya n idk this morning we went CAMERA CRAZY lol....hahaha 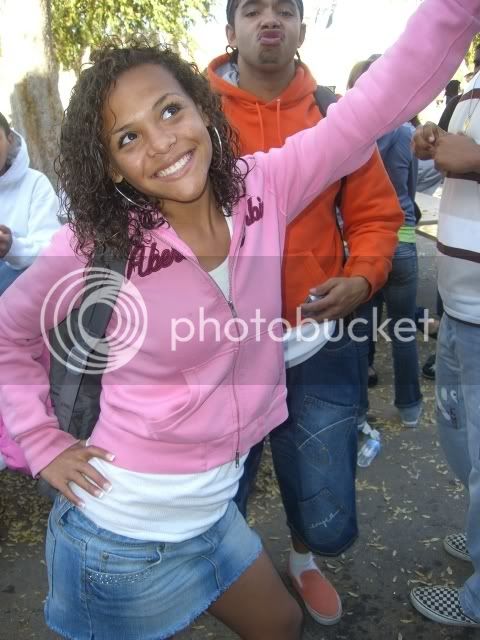 well ya i jus got home frm universal with emily and elizabeth we went on the mummy ride 10 time n my head hurts so bad...n the guy that was there was really weird he kept talking 2 us..n he like came riight by my ear n went..BLAH! n im like w/t/f! n emily is like stfu ima fuk u up bitch! lmfao! n 4 the pix we took like funny faces n the guy next to me was trying to fit in but it didnt work and we all felt bad 4 him cuz he was copying us..but w.e he was old..i understand! lmao...and then we went 2 the jurassic park thingy and emily got a shirt that i piked out and its sooo cool it has dinosaurs on it! lol and i had 2 leave suzi ( my cellphone) in the locker..and the locker thingys were soooooooo cool! lol and wow i saw jeremy chrisparra michell and yusef and he took a pic of me on his phone for sum reason and emily and elizabeth made weird funny names for me: dooney richard grieco guateloupe fritos suzie and cheetos...lmfao!!!!!!! funnay shyeeet....shut the fuk up! lol and then i lost a quarter in the foot massage thingy and the guy screamed clear wen i said emilioooo! and me n elizxabeth yelled emiliooo through like the whole locker rooms n she was like right behind us! lmfao! and then blah blah blah i gott anew antennae and it flashes **thnx sarah** and then more blahs and we got lost and my mom went like loser cuz she was lost n ya n then i came home n i got REALLY pissed off im NOT GUNA SAY Y..BUT W.E fuck it..