I am Teh Bored.

I have discovered in the last few days: that I am good at vacuuming up flies (seriously, it's Teh Fun!); I can make yummy meringues (but can't spell them); that my local branch of the Council has an Australian Citizenship Application Form which I will pick up tomorrow; that gloss lipstick actually looks good on me :-P (yeah, who'd have thought? *snort*); that I'm feeling quite flirty; and that my friends want me to illustrate a children's book (yet to read the text) and website for them (yeah, they're deluded but hey!).

Nearly finished "Exile's Return". It's gotten better as it's neared the end, and now I can tell that it's leading up for a MASSIVE showdown/slaughter and there aren't that many pages left, which can only mean ONE thing!! ANOTHER BOOK!!!!! YAY! And it definitely HAS to include Pug, Tomas, Magnus, Nakor... all the Greats! Hurray! It's going to be bigger than the Riftwar - EEEP. GAWD, I love Raymond's writing. There better be another book/series soon, that's all I can say.

Shane's neurologist appointment is tomorrow. I hope we find some answers. It might not be what Shane wants to hear, but at least knowing means that you can build from that. I suppose we still may not find out the reason for the seizures, and although that would please Shane that it not be anything other than stress that caused it, I'd rather know why.

Am also pigued as to why my mood pictures don't seem to show up. Huh? O_o 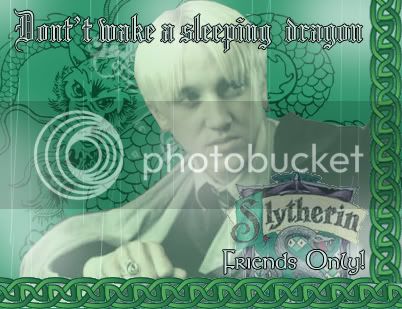 This journal is "Friends Only"

Please leave a comment and I'll most likely add you, and "friend" you back. Let me know where I know you from, but I think most of my friends will visit via Unredeemed, so that's KEWL!

Ahh - I had a very long hot shower this morning, and thoroughly enjoyed every minute. We have a week to pay for the new hot water system, so I suppose it's a little better, but still, we'll be scrimping this week. (It was $1230 thankfully, rather than the $1400 initially quoted) Still too bloody much though.

I feel like there should be more, but I've had a shocking headache today - verging on migraine at lunchtime. I couldn't face eating anything and just wanted to curl and die. Unfortunately with both Laura and Ronan awake, I couldn't do that. When I put Laura down for her nap, I did drop off for a bit though. I'd laid on her bed as I read her a book, and when I turned the light out, I just stayed there - it was so comfortable.

"May your world be filled with joy and laughter, and may it hold wonder and adventure at every turn." Love, Mummy xxxxxxx

This day a year ago, my beautiful little boy was born and gave us such joy and excitement. His big sister Laura, has been his keen protector ever since their first 'meeting'. :P

A wonderful and amazing year, I am filled with fascination every day. I am *so* lucky and love both my beautiful children, may they continue to be as happy as they are now.