Ugh, so over how slow this is going. It's driving me freaking nuts :( 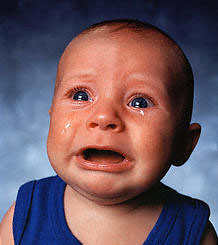 This is for the Aussie people on my list, obviously...

:( My current employer isn't being a nice man and doing the right thing by me, so I am in need of bringing in some extra money from home until the D-rama's of the world get sorted.  If you know anyone who gets print or web work done regularly, then this is your opportunity to save money on design and get things done as professionally as you would through a major business.

You guys know I'm in Perth, but I dont' mind doing work via email and telephone - most of my current clients are in different cities than me anyway! Also, the cost of sending print work interstate wouldn't be too much, so you would still be saving money :) Web work obviously doesn't matter at all, because there is nothing to post!

Feel free to contact me at any time either by phone or email. 0433 581 115 or carina.bedford@gmail.com - after hours and weekends are also fine.

I can do small print jobs under 500pcs priced per page, or larger jobs over 500pcs through my printer.

Really sad it's had to come to this! boo hoo :( lol

This is still a friends cut post. BUT HERE. READ THIS.

This is only meant for randoms who are contacts from LJ communities.  It's only meant to be the opportunity for you to tell me you dont' read my entries so I can delete you.  I have deleted people that I have no interest in reading about - I'm asking you to notify me if you feel the same way.

Sorry if I've gotten up some peoples noses - but it's my choice to do a cut. I didn't really think it was that big of a deal????

how the fuckign shit do i unhide my communities?

im trying to join a community but they require your profile to view your other communities...

fuxsake i wish LJ would stop fucking around with their shit.


I will love you all and give you all kisses and mwahs and hugs and cuddles and love things!

I have just done a major list clean up.

I have deleted everyone, except:

1. People that I /know/ read my entries (and I know this by people commenting on my last few entries, and lets be honest, I don't post often, so it's not like you're not commenting because I spam).

2. You may not come on regularly, or you aren't in the position to be able to make it on regularly. (example being Sara who has just moved overseas, she has more important things to do then read my entries.... mind you, if she had the time i know she would :P)

3. You are people that I think probably read my entries but aren't much of a commenter, but I know you are interested whether you tell me or not.

The rest are either people that I haven't heard from in a while OR people that I want to make a decision on whether they want to stay or not. I will probably start to update this more when I get settled in Perth, so if you want me to add you back, let me know. If not, don't bother commenting. Don't be offended if I have deleted you, I just don't want people on my list anymore that don't bother to read my entries. I've just been through a major life change and right now my only focus is getting myself under control in a new city, with new people, new surrounds. When that all falls into place, I will be back a little more regularly.

Oh, and you also have the opportunity to tell me if you want me to delete you, if you are one of the 10 people I kept.
Cheers peeps. :)

Just want to say I miss my bf who is in fricken ADELAIDE for three days. WHO DOES THAT?!

And. I'm moving to Perth with Aaron in April, for those that don't already know. You have about 6 months to make plans to catch up if you want too. I won't be offended if I dont get to see some of you before I leave. That's life.

anywho. if i stuffed you up and you want back. comment.

no time = limited me = cant read much. deal with it.
Collapse