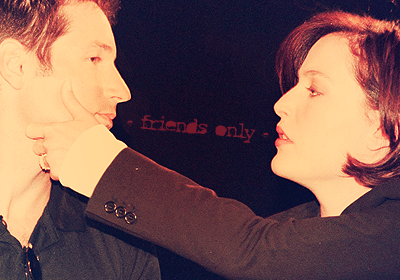 spooky_window
...and if you like my mood theme, you can find it here.

Since we have nowhere specific to put this, this post is offered up to the online feedback gods...

Wanted to give positive feedback to

heartcoffee. We swapped money for goods, as it were, and she was great to deal with. Paid quickly, was awesome with communication, and was just a delight.

So the daycare just moved to its shiny new, much larger location on Monday. They have also now "partnered" with my employer, a STATE organization, FYI. Anyway, Monday was the 2 weeks we were going to give them to get the prayer thing worked out. So yesterday Sam goes to pick the kids up and the owner's mom, who also works there and helps out when the owner is away, stops Sam and very proudly tells him they now walk Andrew out of class to look at the fishtank (which has no damn fish in it, btw) while the other kids say grace, and then bring him back. Which I'm sure he thought was all very cool the first few times, but he's going to keep getting pulled out every day to go look at the empty fish tank? I'm sure at some point both he and his classmates are going to realize there's something wonky about Andrew; it's not about the cool fish tank.

Anyway, so Sam said "So you're still praying before lunch?" She says yes. He then asks that aren't they in fact now partnered with UT? She says yes. He says that he would imagine that now that they've expanded and will serve more families, there's a high likelihood that there will be a diverse group of people with different religious beliefs. She says that oh, yes, they have families that are of all different faiths. Then she goes on, just like her daughter, about oh how it's just XYZ, amen. That it's nothing. He tells her that they may think it's nothing, but it is a christian prayer. Not "nothing". And that all these families with different belief systems would probably also be a little concerned that their kids are saying grace before lunch. She said she'd talk to her daughter about it.

Meanwhile, back at the ranch, I called our HR department today to talk to them about the use of state property for religious activities. They told me that they don't have any actual ownership or management of the daycare, it's just recommended for UT families with kids. That it's still privately owned. So basically Sam and I have to decide - stay with status quo which will end up causing more alienation for Andrew (and Lily eventually), keep fighting with them about it and hopefully ultimately get what we want at the risk of them treating our children differently because they're upset with us (we've always had a great rapport with the owner and all the caregivers and I'm afraid to sacrifice that), or find another daycare (which will be extremely, EXTREMELY difficult). See my first tag there? It would be damn hard for me to just drop it and be happy with them walking Andrew's innocent little self to the freaking fish tank every day and keep teaching all these kids to pray. This is NOT A RELIGIOUS SCHOOL WTF.

Tell me what to do, internets.

I'm posting this since I'm applying to become an

adopt_a_mom mentor, but feel free to read even if you're just interested to know my story. ( Collapse )

As a Texan, I know that thanks to the electoral college system of this country, my voice would not be heard yet again. But I went and I cast my ballot anyway. Then I had to sit back and put faith in a country that had let me down so many times before. Of course I was afraid. I had to sit idly by with nothing more than the hope that other states could see what I saw and feel what I felt, and HOPE that they could do what I could not. That they would be the instruments of change that this country - this world - so desperately needs. And last night they did just that. Thank you to those of you on whose shoulders the fate of this country rested, and who stepped up to the challenge and made what I and millions across this globe believe to be the right choice. I'm completely indebted to you. Last night hope won over fear. Inclusion over isolation. Open-mindedness over bigotry. And wisdom over ignorance. And I'm not talking about the candidate, but about the electorate.

I pared down my friends list somewhat, mostly people who either don't update much (if at all) or I just really feel like I don't know well enough to let into the deeper parts of my little world right now. Just an FYI. =)

I'm posting a number of items of maternity clothing for sale and directing some folks from a couple of communities here, so those of you on my flist who aren't pregnant, just scroll on by. ;-)

For those of you who ARE prego and interested in checking 'em out... ( Collapse )

Thanks for looking!
Collapse