(reminder that our team name was Just No Pathfinding, for reasons that would be explained later)

One particular message from aliens, #38, was rather long and convoluted. It mentioned "encoding" and "decoding" primitives, and another function that earlier was tentatively named "send", so the consensus was that message was describing some way to communicate with aliens.

Believe it or not, but it was eventually decoded to mean this:


As you can see, crowdsourcing on Discord eventually hit a wall with helper function here, which ended up being named "f38" even in the official docs :)


So, this is a way to apply some hitherto unknown function called "protocol" to some "state" and "vector" and results will either have to be "drawn" or "sent" to aliens. Separately, there were alien messages to explain that "drawing" is just plotting points defined by (X, Y): 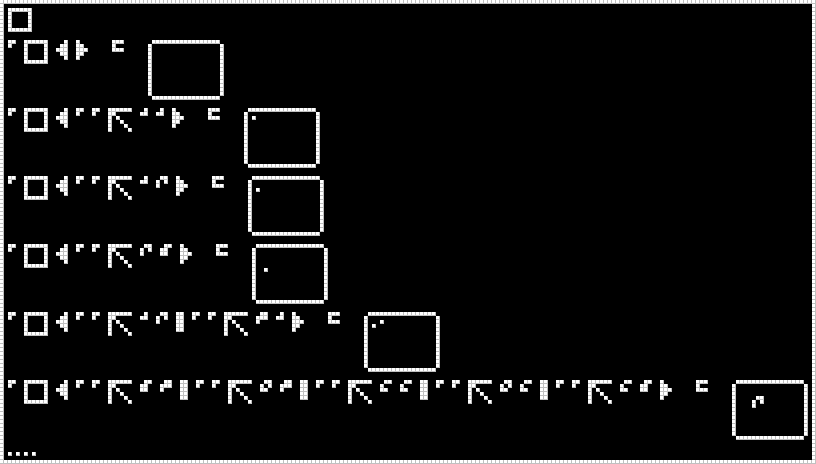 Finally, the last message we had, #42, means "interact This entry was originally posted at https://dastapov.dreamwidth.org/132037.html. Please comment there using OpenID.
Tags: #38believe, icfpc
Subscribe
Comments for this post were disabled by the author