I don't give a rat's ass either way about abortion or the pro-life thing, because I don't have a uterus of my own. But that Dark Knight reference is serious and epic win :D

14 year old boy kills 10 year old girl for her iPod. He threw her off a bridge and then climbed down to stangle her unconscious body, according to West Bengal police. Via 711chan.

17 more error messages you never want to see. I LOL'd

A geologist argues that ice cream is an igneous rock and explains why. Pictured: scanning electron microsope image of ice cream. Via BoingBoing.

6 American pro-Tibet activists who went missing in Beijing for days after being detained by authorities have re-appeared and authorities have given them a sentence of ten days in jail each for "upsetting public order.

Meanwhile, a Tibetan nun was shot while shouting slogans in eastern Tibet on August 10th. One source says she yelled out: “There are no human rights in China, there is brutal oppression in Tibet, still the Olympics go on in China.” She was hit by five to six bullets and then her body was thrown in a vehicle and taken away.

And now, a microwave for your car. My stepdad is an interstate truck driver who lives in his truck for months at a time on the road, and even with an inverter powering his cab when the engine was off, he didn't find a microwave very practical, so I have my doubts. Via Knuttz.net.

An authentic Swiss Army Knife by Victorinox with a 16 GB USB drive, LED flashlight and ballpoint pen. Via Knuttz.net.


Man buys Chevy Silverado using $8,000 in coins. He had them in 16 coffee cans and it took an hour and a half to count all the coins.

The ten most expensive hotel suites in the world. Via Knuttz.net.

The Bush administration Thursday proposed stronger job protections for doctors and other health care workers who refuse to participate in abortions because of religious or moral objections. 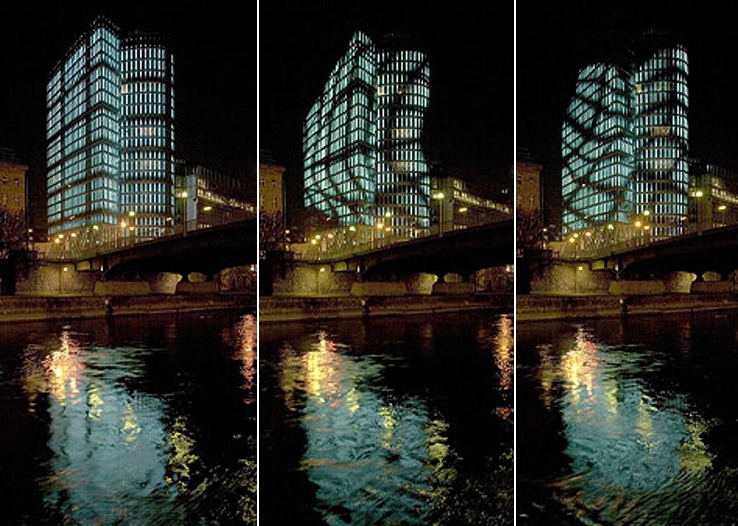 deputydog: 6 of the most illuminated buildings on earth.

A collection of literary / text only tattoos.

Ravers get blinded by lasers at a show in Russia.

About a woman who has had seven abortions.

Mom is questioned by police over alleged plot to murder her ex-husband who once stood trial accused of raping their chess prodigy daughter before she possibly committed suicide. Wait, what?

Grandmother suffering from asthma attack and trying to get to hospital gets arrested for prostitution. Innocent mistake, coulda happened to anyone.

Cracked: 20 baby products that are great for traumatizing infants.