[*] How come that's not already the title of a book about contemporary warfare, the negative social impact of large-scale financial fraud, or something like that? So many options, really.

In a stunningly predictable display of absurd time management prioritization, last night I watched 8+ hours of Bad Guys. The whole one-season series was consistent in its formulaic but competent approach to characterization and plot.

I mean, this picture shows a professional killer with regrets, a gruff gangster with a sense of loyalty, and a psychopath genius learning to feel emotions, and you need absolutely zero hints from me to identify each one: 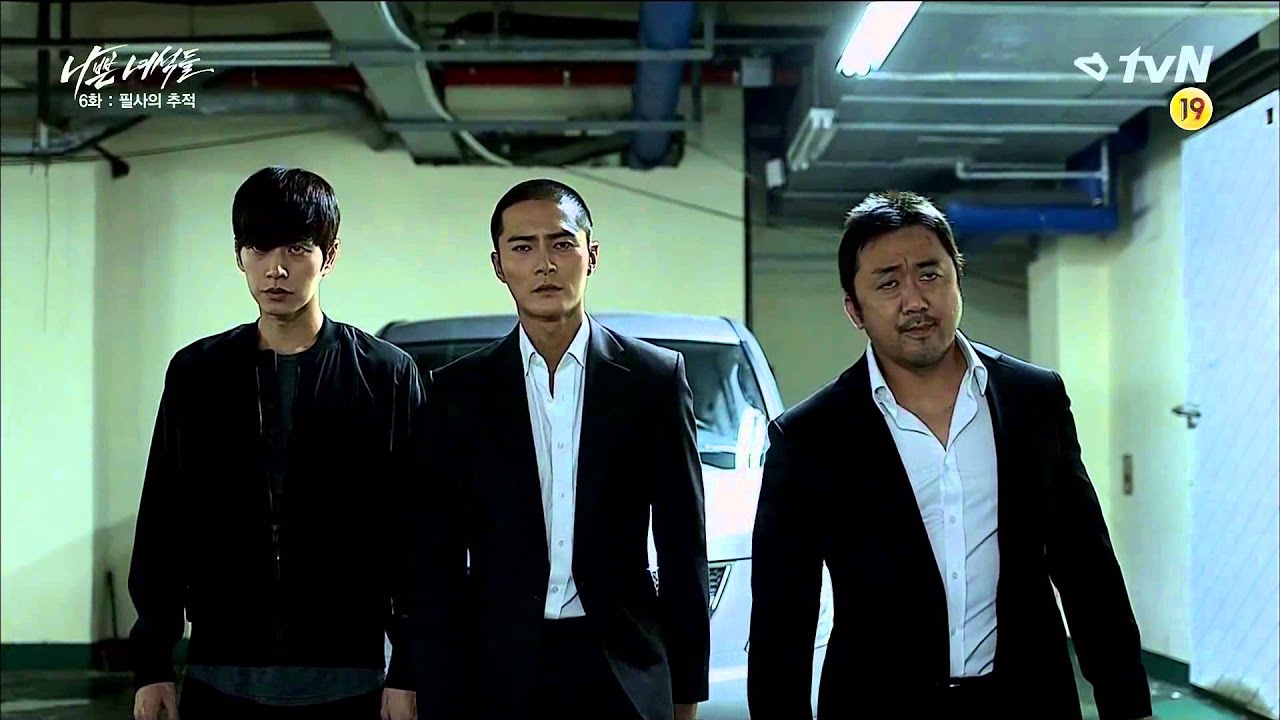 Some of the clearer beats:

It'd be pointless to comment on the relevant gender issues, by the way. It's not just that the series is (emotionally) the mutual bonding story of four extremely violent men who have done each other and the rest of their society an awful lot of harm, but that every one of the few female characters is a selfish unrealistic careerist, a doe-eyed angel of a daughter, a grieving widow, a seemingly-perfect girlfriend, an almost literal harpy, or a dead wife. There isn't even a redeemable seductress stock character to widen up a bit the likely range of fanfic.
Collapse