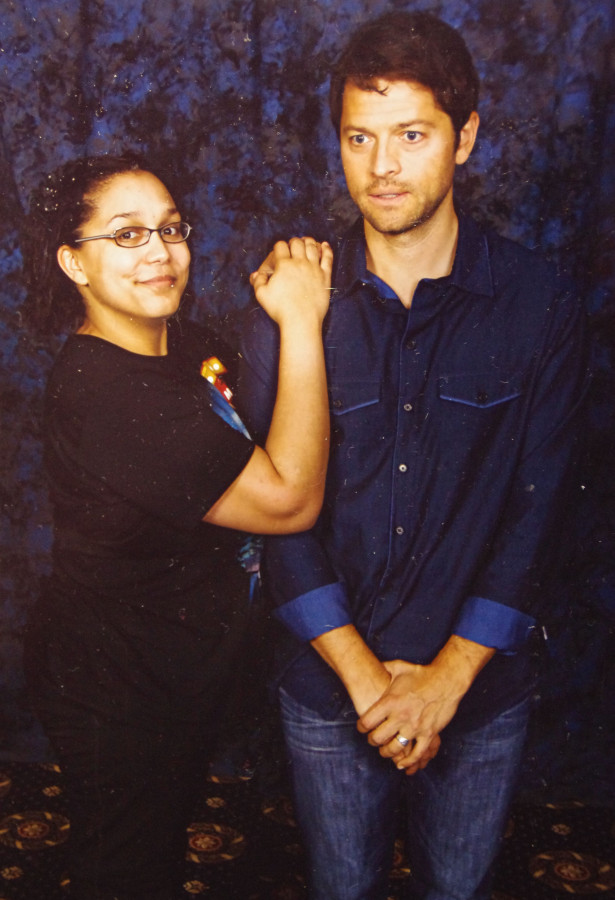 Scott convinced me to go. Actually it was Allison’s doing. A while ago Allison took me shopping for some ‘girly’ clothes. Stuff I’d normally not wear since I considered myself more of a tomboy. I acted more like a boy than Scott but that’s not really saying anything.

Allison bargained with me and I ended up getting this red and white striped shirt and a tight as hell pair of jeans. She wanted me to wear high heels but, being the klutz I am, I wore my worn out converse shoes. I hated that she put makeup on me. “Come on,” I though, “I look like a clown.”

I feel uncomfortable. It’s cold outside, waiting in the line outside of the club sucks. I hate you, Scott. I wonder if Lydia will be here tonight, probably with Jackson. I’ve been in love with Lydia since I first met her. Even though she’s friends with Allison now, she still doesn’t notice me. I’m sure that if I had a power, it’d be invisibility.

Lydia is a goddess. Not only is she popular, she’s freakishly intelligent. That’s why we’d be perfect, both smart and well, that’s it. I’m not gorgeous like her but I’d provide much provided comedic relief to our relationship. She’s short, 5’4 at least. Deep strawberry red hair, flowing locks, green eyes, red plump lips…. Yeah, I’ve got it bad for her.

I can feel the ground and see the walls shaking from the music inside. Stupid pants, still tight. Some guys are eying me up. Sorry guys, I don’t drive stick. Actually I don’t drive anything. There’s no driving for Stiles. Not even any gear shifting for Stiles.

Scott turns away from Allison, his goofy grin pisses me off.

“Why did you take me here?”

I sigh loudly so loud a few strangers turn and look at me odd.

“Lydia’s going to be here tonight.”

My heart skips a beat hearing her name but it dies down when I realize Jackson’s going to be there with her. I really hate that guy. Not because of him dating Lydia but he’s a just a huge asshole. He was captain of the lacrosse team, until Scott…. Had that ‘incident’ and ended up being our new lacrosse team captain.

My mom is freaking out about it, I’m like if I can travel overseas by myself (first time EVER) and do all the stuff I did for 3 months… I should handle going to Nashville. So she started getting emotional and started to cry and said she didnt want me to go. I’m like… Come on. How old am I?

If only I can sell my body.

What’s so wrong to continue to have life goals before you die? What’s wrong from wanting things after the next? If you are raised like that, it’s hard not to just… not want things. IMO. Idk.

How do you know it's time to just forget the person? I have a hard time doing that. I just don't understand why I'm not good enough to forgive, to be friends with again. I'm sick and tired of people leaving. I feel like I'm the only one that cares about the person still, when the person doesn't really think of me at all anymore. I wish I didn't care but I do.

You can apologize till you are crying and begging but... what's the point if they don't forgive? Even if you don't believe in God. You must believe in forgiveness. You can't force people to forgive and can't force then to be your friend again.

I know I have my mistakes and my POV's. I should watch what I say but doesn't mean it was towards a certain person, you know? I have thoughts in my head often random thoughts. I want to ask/share/etc them.

I don't know what to do. I wish I wasn't pathethic and I wish I wasn't crying. Thinking about why they aren't talking to me, instead of my schooling, family, health etc.

I just can't accept giving up. I think a friendship is worse than breaking up with a partner.

I Will Always Be Your Friend

I Know Who You Are Inside

I Am With You Till The End

I am standing in the distance

You can take your time

And I will be there waiting

"But you did what you had to, then you tried to forget. And when you couldn't forget... they had ways of making you not care."

What's wrong with me?

&& Why do all the guys I have to like, end up being in a relationship or married with two kids!??

*shakes fist at the dating gods*