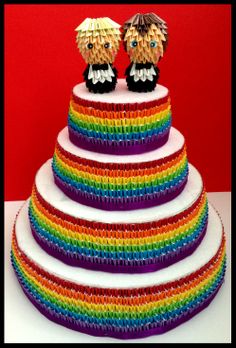 Panic! at the Disco frontman Brendon Urie is on the Westboro Baptist Church's shit list - who isn't? - and he couldn't be happier about it.

Laughing off the recent protest that took place during a Kansas City stop on the band's "Gospel Tour," Urie, who revealed in our interview late last year that he's a "straight dabbler," high fives me as I greet him. Backstage, hours before the trio relays a message of love and unity to a Detroit crowd, I mention the tweet the troll-y "church" sent out, condemning both of us for our "fag sins."

"We fucking did it!" he says, elated that his outspokenness regarding LGBT issues - and his own sexuality - has reached far enough to get a rise out of the WBC. "Whatever gets them pissed off, I love."

Just wait till they read what he has to say about having the hots for Ryan Gosling.

( Honestly, I'm constantly running around the stage humping the air, humping my bandmates - so yeah, it gets a little sexy...Collapse ) 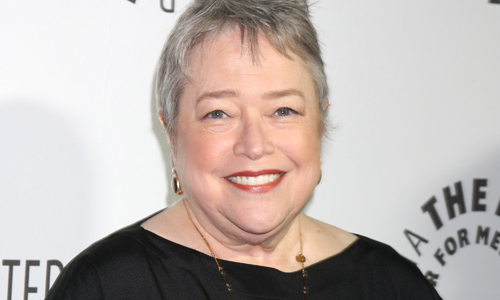 Long before dishing lesbian wisdom to Melissa McCarthy's mess of a character in this summer's road-trip comedy "Tammy" (out July 2), Kathy Bates had the gay community in shackles. It didn't take a sledgehammer to maintain our obsession with her, however - it just took the Hollywood icon's every turn on television ("Six Feet Under," "American Horror Story"), Broadway ("'night, Mother") and the big screen ("Titanic," "Misery").

First with "Fried Green Tomatoes," her 1991 girl dramedy, and then with "Dolores Claiborne" and "Primary Colors," Bates has kept us captivated for over four decades, bound to her boundless greatness. Now, as one half of a lesbian couple in "Tammy" (Sandra Oh of "Grey's Anatomy" plays her partner), she's giving you one more reason to be her biggest fan.

( I've known and loved many lesbians in my life ...Collapse )

Lily Tomlin talks about Beyonce selling sex, why Ms. Frizzle was ambiguous with her sexuality and more.

( She's selling a lot of sex to teeny-boppersCollapse )

I'm tired of being tired.

instead of that bullshit, how about:

if your "friend" tells you he raped someone, report him to the police.
if your frat-brother or another guy at the party tells you there's an unconscious woman upstairs and it's your turn, don't rape her, call the police and tell the guy he's a rapist.

tell your sons, god-sons, nephews, grandsons, sons of friends it's not okay to rape someone.

don't tell your women friends how to be safe and avoid rape.
don't imply that she could have avoided it if she'd only done/not done x.
don't imply that it's in any way her fault.
don't let silence imply agreement when someone tells you he "got some" with the drunk girl.
don't perpetuate a culture that tells you that you have no control over or responsibility for your actions. You can, too, help yourself.


If you agree, repost it. It's that important."

I love you April! I hope you have a wonderful birthday, and look forward to your 16th year! :] HAPPY BIRTHDAY! <3!

Hello all! New journal for the new Shelby!

Not really, but I thought a change was in order, because, let's face it - my last journal name sucked. Besides, I felt I needed to clean things up, and started out all brand new here.

So, please add me if you're a friend, and if you're not, go ahead and add me because we soon might be!